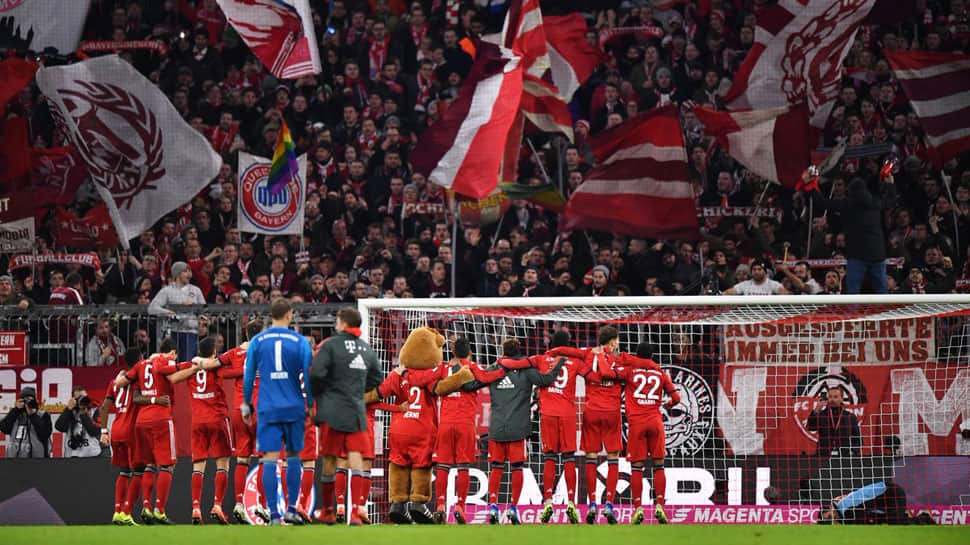 Champions Bayern Munich had to work hard for more than an hour before beating VfB Stuttgart 4-1 in the Bundesliga on Sunday for their seventh straight league win to stay six points behind leaders Borussia Dortmund.

The Bavarians, who face Liverpool in the Champions League last 16 next month, took the lead with their first shot on goal, Thiago Alcantara firing in from 12 metres. But instead of enjoying a comfortable afternoon, the hosts were made to work hard.

"We started well, scored the goal but then were absent for 35 minutes," said Bayern coach Niko Kovac, who fielded the same starting line-up as in their win over Hoffenheim last week.

"We were too slow, too many players behind the ball and struggled to break the Stuttgart defence. We did it better after the break, we were faster, sharper. We can tick this game off, we stayed in touch (with Dortmund) and on we go."

The visitors refused to give up and hit the woodwork with Nicolas Gonzalez on the hour.

Bayern forward Robert Lewandowski sent his 65th-minute penalty on to the post but Leon Goretzka settled the hosts` nerves, heading in with 19 minutes to go for his fifth league goal of the season.

Lewandowski then made amends for his earlier miss in the 84th as Bayern completed their win to move up to second on 42 points.

Dortmund are on 48 after crushing Hanover 96 5-1 on Saturday. Borussia Moenchengladbach are third on 39, having beaten Augsburg 2-0.

RB Leipzig are fourth on 34 after thrashing hosts Fortuna Duesseldorf 4-0 with three goals coming in the opening 16 minutes, two of them from Denmark forward Yussuf Poulsen.