Frankfurt`s Ante Rebic also hit the post before Bundesliga leading scorer Luka Jovic drew the hosts level in the 36th minute with his 14th goal of the campaign. 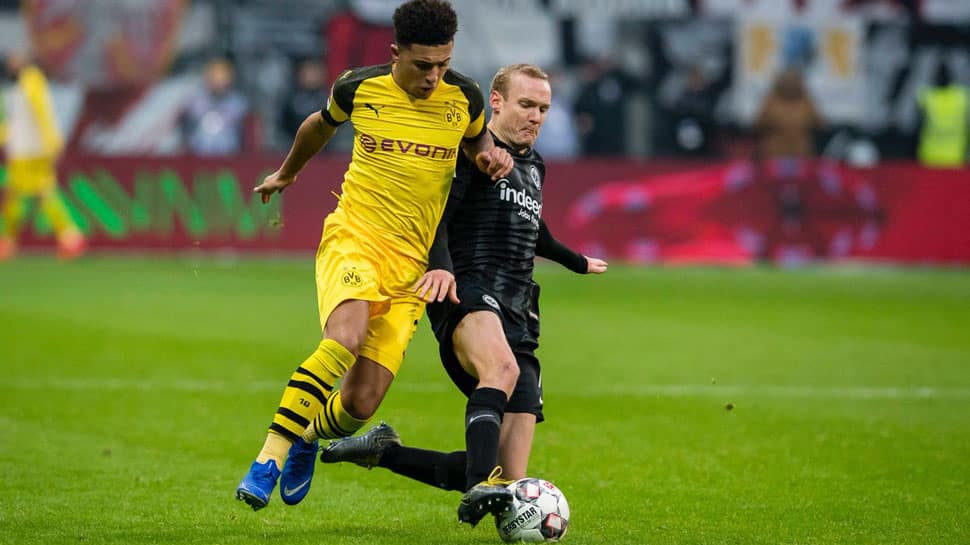 Bundesliga leaders Borussia Dortmund drew 1-1 at Eintracht Frankfurt on Saturday but increased the gap with second-placed Bayern Munich to seven points after the champions`s shock loss at Bayer Leverkusen.

Dortmund, who face Tottenham Hotspur in the Champions League Round of 16 later this month, initially looked impressed by Frankfurt`s tough, physical game but that lasted for only 20 minutes.

The visitors put their foot on the gas and Marco Reus scored the lead after good early work from Raphael Guerreiro in the 22nd minute, also hitting the woodwork a little later.

Frankfurt`s Ante Rebic also hit the post before Bundesliga leading scorer Luka Jovic drew the hosts level in the 36th minute with his 14th goal of the campaign.

Both the teams had their share of chances in the second half with Dortmund having close to 70 percent of possession.

"It was a very tough game, difficult with a lot of intensity. They pressed high early on but then we did it a bit better," said Dortmund coach Lucien Favre.

"The second half was good for both sides. We both tried to win it. We should have played a couple of moves a bit better. We wanted to win but we can live with the draw."

The point was enough to lift Dortmund to 49 points and stretch their lead over Bayern, who are stuck on 42 and dropped to third place after their 3-1 defeat at Leverkusen, to seven.

Borussia Moenchengladbach moved into second place on goal difference, ahead of Bayern, following their 2-0 win at Schalke 04 with late goals from Christoph Kramer and Florian Neuhaus.