The Ruhr valley club are now in seventh place on 11 points, three behind Bayern Munich who went top of the table after beating Paderborn 3-2. 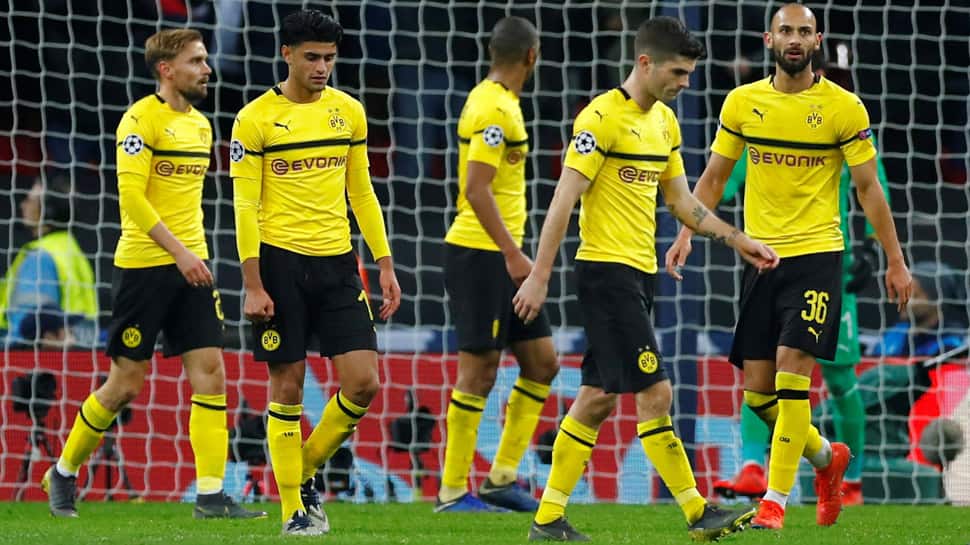 Borussia Dortmund came from a goal down but had to settle for a 2-2 draw against visiting Werder Bremen on Saturday to drop further down the standings, having won only one of their last four Bundesliga games.

The Ruhr valley club are now in seventh place on 11 points, three behind Bayern Munich who went top of the table after beating Paderborn 3-2.

Dortmund did well to cancel out Werder`s eighth-minute lead through Milot Rashica only seconds later with Mario Goetze`s diving header in the midfielder`s first start of the season.

They looked to be taking full advantage of Werder`s injury absences and Dortmund captain Marco Reus nodded in a Thorgan Hazard chip to put them in front.

But for the second consecutive week they could not hold on to the three points, with Marco Friedl nodding in at the far post in the 55th minute to snatch a point for the visitors.

Dortmund`s latest slip-up will no doubt fan the ongoing discussion about the team`s mental strength which Reus vehemently rejected last week, insisting there was no mentality problem in the squad.

Self-proclaimed title contenders Dortmund, who play Slavia Prague in the Champions League next week, have now squandered a lead in their last two games after twice going ahead against Eintracht Frankfurt last week before drawing 2-2.