The visitors were a shadow of the team that put five goals past Augsburg in the season opener last week and only came to life midway into the second half, scoring three times in the last 20 minutes. 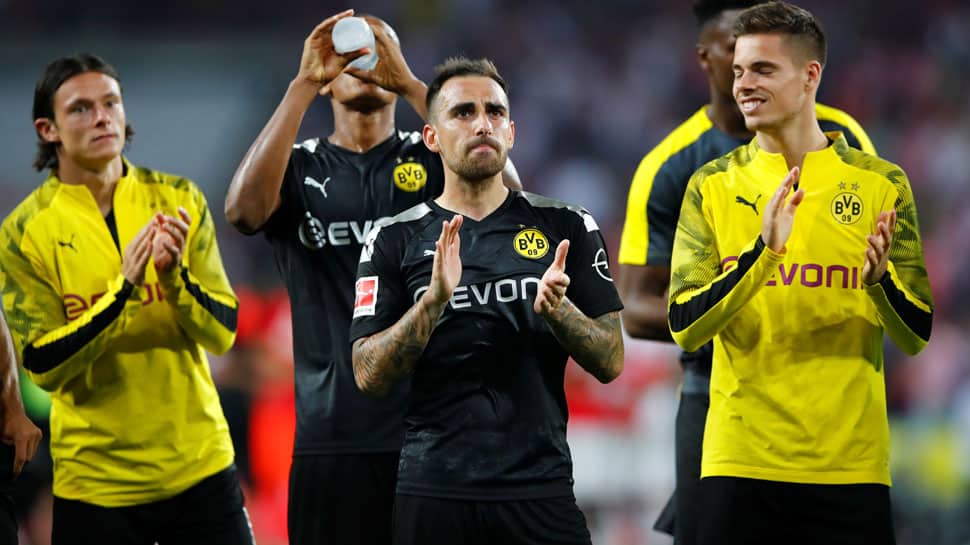 Borussia Dortmund fought back to beat Cologne 3-1 away with late goals from substitute Achraf Hakimi and Paco Alcacer on Friday to make it two wins out of two in the Bundesliga this season.

The visitors were a shadow of the team that put five goals past Augsburg in the season opener last week and only came to life midway into the second half, scoring three times in the last 20 minutes.

Cologne`s Dominick Drexler opened the scoring by nodding home at the far post just before the half-hour with the hosts looking far more aggressive than Dortmund, who fell behind for the second consecutive league game.

A Marco Reus free-kick was Dortmund`s best chance in the first half and they had to wait until the 70th minute for Jadon Sancho`s equaliser, his second goal in two league games.

Hakimi then rose above two defenders to head in a pinpoint Lukasz Piszczek cross at the far post to put them 2-1 ahead as Dortmund found a way past the tiring Cologne defence.

"We were too slow in the first half," Dortmund coach Lucien Favre told reporters. "It was a tough game, exactly as we had expected. But with the introduction of Julian Brandt and Hakimi (in the 68th) our game changed."

"We are very satisfied with the win because it was a hard match."

Champions Bayern Munich, who stumbled to a 2-2 draw in their opener last week and are five points behind Dortmund, travel to Schalke 04 on Saturday.