Volland along with Germany internationals Kai Havertz and Julian Brandt, who both scored against Wolfsburg, will again spearhead Bosz` frontline against Bayern. 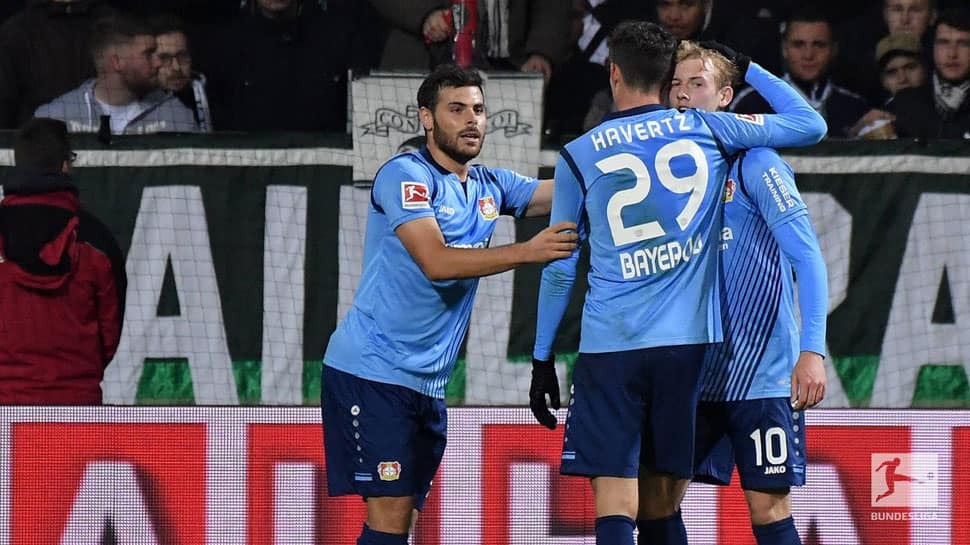 Bayer Leverkusen coach Peter Bosz faces his toughest challenge since his return to the Bundesliga when his team hosts champions Bayern Munich on Saturday as he looks to prove his trademark attacking game can actually work.

Bosz had a brief spell at Borussia Dortmund last season but his exciting, high-paced game that had carried Ajax Amsterdam to the Europa League final two years ago, lasted only a handful of games before his team collapsed and he was sent packing before Christmas.

After a record-breaking start of five games without conceding a goal and becoming the first coach in Bundesliga history to do so in his first five matches, Dortmund imploded to surrender their five-point lead over Bayern.

Since he took over at Leverkusen at the start of this year he has managed a loss on his debut against Borussia Moenchengladbach two weeks ago and a fine 3-0 win at VfL Wolfsburg where his team fired a noteworthy 23 shots on goal and should have scored several more.

"Peter Bosz likes to play an attacking game, we are over 90 minutes dangerous," said Leverkusen forward Kevin Volland, one of the scorers.

"We like to attack, we want possession and I am confident we are going to be more consistent over 90 minutes in the coming weeks.".

Volland along with Germany internationals Kai Havertz and Julian Brandt, who both scored against Wolfsburg, will again spearhead Bosz` frontline against Bayern.

"It is a meeting of two teams who like to go on the attack," Bosz told reporters. "This is always something good for the fans."

Bayern, in second place, are six points behind leaders Borussia Dortmund and any slipup against Leverkusen could prove crucial in their battle to defend their league title.

"Bayern have to win and they really want it," said Bosz. "But if possible, I will happily do my former club a favour. Should we win it will be only for us though."

Bayern are a formidable opponent, having gone on a seven-match winning streak in the league as they look to earn a seventh straight league crown.

The visitors, who face Liverpool in the Champions League Round of 16 next month, could also have wingers Arjen Robben and Franck Ribery back in the squad on Saturday after their recovery from injuries.

Both have started training with the team again this week.

"I hope that against Leverkusen I have at least one if not both in the squad," Bayern coach Niko Kovac said.