Wood put Burnley in front with a 57th-minute header for his sixth goal in eight league games and then Barnes grabbed the winner with his fourth strike in as many games. 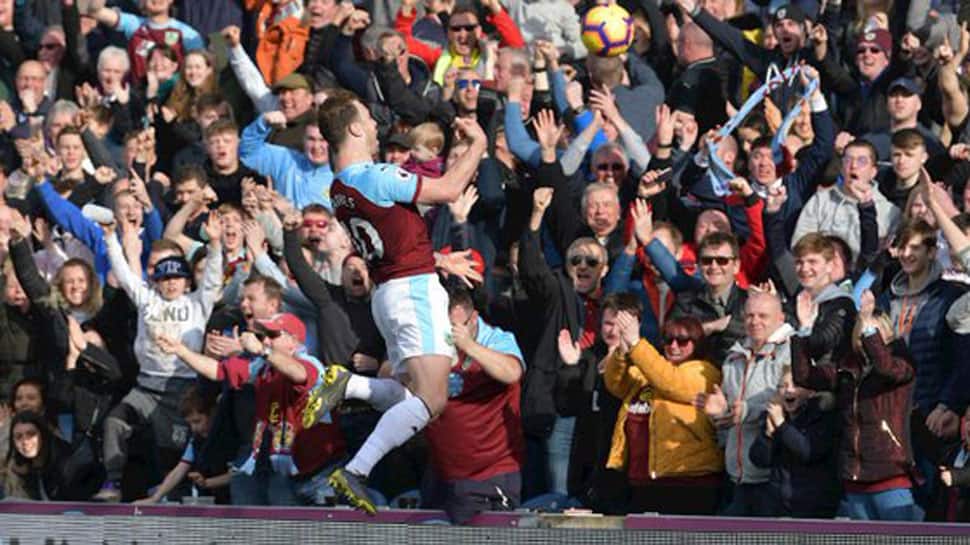 Burnley manager Sean Dyche hailed his strike pairing of Ashley Barnes and Chris Wood after their goals gave the Clarets a surprise 2-1 home win in the Premier League over third-placed Tottenham.

Wood put Burnley in front with a 57th-minute header for his sixth goal in eight league games and then Barnes grabbed the winner with his fourth strike in as many games.

Burnley`s disciplined defending and intense pressing in midfield allowed them to move up to 13th place and 30 points, easing their concerns over relegation.

"It was a thorough performance and a good win. We know there`s a lot of work to be done but they`re certainly putting in the work," said Dyche.

"We`re not a side who can slick it around like Man City but we have very good players. We wanted to get in behind them. I thought our front two were outstanding.

"Of course the goals are great and important but it is their team play, the energy, the desire, the hardiness you need to be a centre-forward. They are definitely getting their rewards," said the Burnley boss.

Austria national team coach Franco Foda had made the journey to Turf Moor to watch Barnes ahead of his nation`s European Championship qualifiers next month.

The 29-year-old Barnes is eligible to represent Austria through his paternal grandmother and he played for the country`s Under-20 team in 2008.

Burnley defender Ben Mee said the performance of the strike pairing had been crucial to the eight-match unbeaten run the Clarets have produced since Boxing Day.

"The two boys for us have been fantastic for the last couple of months now. They`ve stepped it up and you can see the confidence is there for them now," he said.

"Their touch is back and everything is going for them at the minute. Defences have really struggled with them and they haven`t enjoyed playing against them at all," added Mee, who said Barnes was benefiting from his physical approach.

"Barnesy gets about a few players, he rattles them, it`s part of his game and he ruffles a few feathers," he said.