Manchester City have been drawn against Tottenham Hotspur while Manchester United will lock horns with Barcelona in the quarter-finals of the tournament. 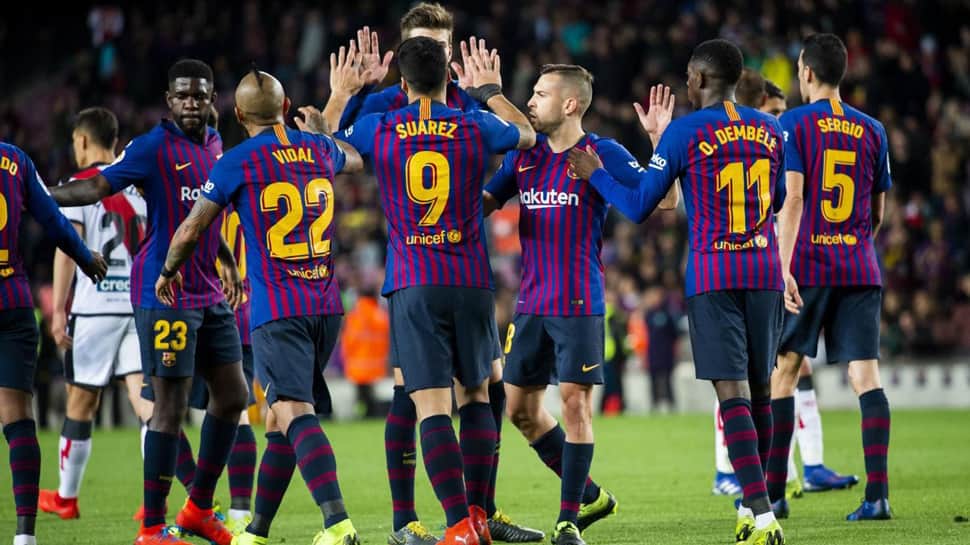 The Union of European Football Associations (UEFA) on Friday unveiled the four quarter-final pairings for the Champions League besides also revealing which team would take on one another in the last four.

Manchester City have been drawn against Tottenham Hotspur while Manchester United will lock horns with Barcelona in the quarter-finals of the tournament.

Meanwhile, Liverpool will face two-time European Cup champions Porto at Anfield in the first leg before the side will travel to Portugal for the return leg.

AFC Ajax, who had defeated holders Real Madrid with a 5-3 win in the last 16, will square off against Juventus in the last eight.

The winners of the clash between Liverpool and Porto will meet the winner of Manchester United and Barcelona clash in the semi-finals of the tournament.

While the winner of the other quarter-final match between Manchester City and Tottenham Hotspur will face the Ajax-Juventus winner for a place in the finals of the Champions League.

Let us have a look at a few stats from the last eight teams of the tournament:

# It will be for the first time since 2008-09 that four English clubs will head into the quarterfinals of the tournament, with Arsenal, Liverpool, Manchester United and Chelsea all making it to the last-eight.

# Pep Guardiola-led City booked their place into the quarter-finals following a 10-2 aggregate win over Schalke 04. It has happened only once in the history of the Champions League that any team has won by a bigger margin than this in the knockout stages when Bayern Munich defeated Sporting CP in 2008-09.

# Manchester United's Marcus Rashford also scripted history during this season's Champions League when he scored his first-ever winning penalty in a competitive match for the club during their 3-1 win in the second leg of the last-16 against Paris Saint Germain (PSG).

# Azax have also created a record by reaching the knockout stage of the Champions League for the first time since the 1996-97 campaign.

# Captain Harry Kane became the highest scorer for Tottenham Hotspur in the Champions League this season with a total of 24 goals to his tally. He achieved the feat by scoring an opener against Borussia Dortmund.

# Barcelona stormed into the last eight of the tournament following a 5-1 aggregate win over Olympique Lyonnais. With the win, the Ernesto Valverde-led team has gone 30 games unbeaten at the Camp Nou in Europe.

The first leg of the Champions League quarter-finals will take place on April 9 and 10 while the second leg of the competition will be held on April 16 and 17.