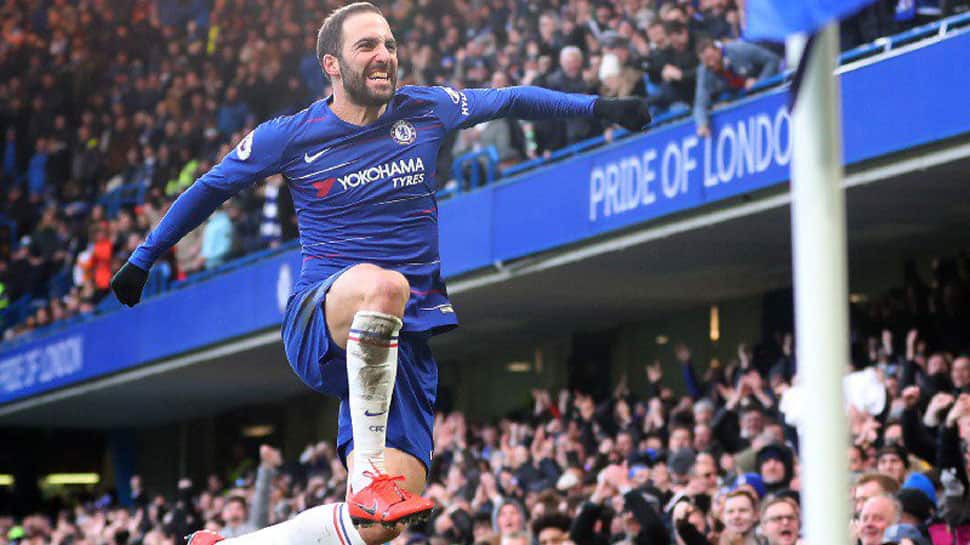 Chelsea playmaker Eden Hazard is convinced that he can form a great partnership with the club`s new striker Gonzalo Higuain after playing two matches together.

Hazard, who also scored two goals in that game at Stamford Bridge, said he was already enjoying playing alongside the former Real Madrid and Napoli striker.

"I`ve only played two games with Higuain and I know we can do something great together, not only with him but also with the other strikers, the other winger," Hazard told The Times ahead of Sunday`s league meeting with Manchester City.

"Chelsea is not about Higuain and Hazard, it is about 25 players. But Higuain is a fantastic striker."

Victory over Huddersfield followed league defeats by Arsenal and Bournemouth where midfielder Jorginho was man-marked to nullify the Italy international`s influence.

"If one guy is marking him all the time, we need to adapt also. Jorginho is always trying to be free to take the ball to create something. He`s a fantastic player," Hazard said.

Manager Maurizio Sarri has also faced questions about his insistence on playing N`Golo Kante on the right side of midfield instead of in his natural holding role, but Hazard believes the Frenchman has to adapt.

"N`Golo`s a clever guy, one of the best in his position, maybe the best in the world. N`Golo now plays six months in the different position. He needs to adapt," Hazard said.

"Sometimes we keep possession, and I understand the fans want us to go forward (more directly), but it is part of the football," Hazard said.

"We are still learning about his concept. We are doing well. I like this kind of football."