At the Jawaharlal Nehru Stadium, Roland Bilala had handed Minerva Punjab a shock lead in the third minute. But Pedro Manzi converted from the spot to draw parity. 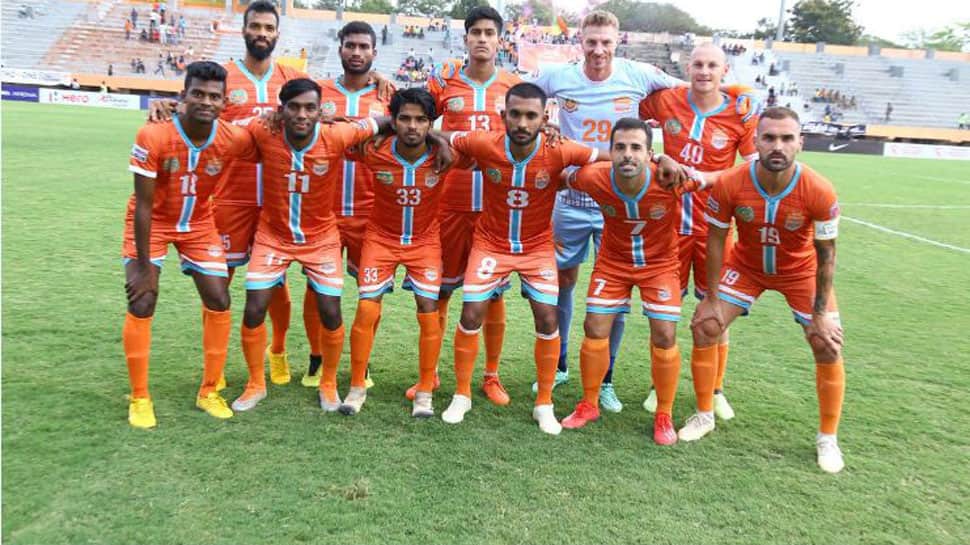 Chennai City were on Saturday crowned champions of the 12th edition of the I-League, which refused to be dwarfed by the uncertainty around its future, twisting this way and that till the last moment.

Chennai City came from behind and got the better of Minerva Punjab 3-1 on the final day of the league. Chasing the leaders, travellers East Bengal finished second after beating Gokulam Kerala FC 2-1 in Kozhikode.

At the Jawaharlal Nehru Stadium, Roland Bilala had handed Minerva Punjab a shock lead in the third minute. But Pedro Manzi converted from the spot to draw parity.

Chennai City ended on top of the league table with 43 points, one more than East Bengal who finished second in yet another photo finish. East Bengal's bid to end their 15-year-old wait for the top-flight title continued even after they won their game against Gokulam Kerala.

Manzi finished as the joint top-scorer of the league alongside Willis Plaza of Churchill Brothers with 21 goals.

For Chennai City FC, founded by two young football-loving owners based out of the southern metropolis, the triumph is nothing short of a dream.

The club has exhibited immense vision in its short existence, right from the appointment of and freedom given to Singaporean coach Nawas.

From scouting and building the team for the season to getting on board top European club FC Basel as part owners of the club in a landmark deal earlier in the year, he had a free hand, and it paid rich dividends.

Manzi, their premiere Spanish striker fittingly scored a goal to join Plaza as the joint top scorer of the league, but the day undoubtedly belonged to the young Bora, a versatile defender as well as midfielder who capped off a brilliant season with a double-strike when it mattered most for his team.

It did not begin perfectly as Minerva took an early lead in the third minute through Ukranian recruit Roland Bilala. It was off a Juan Querro free-kick from the right flank, that he rose to beat his marker and lodge his header into the back of the net.

Chennai kept pressing thereafter and with Nestor Gordillo missing through suspension, it was left to his fellow Spaniard Sandro Rodriguez to fuel all attacks. He along with Slovakian Jozef Kaplan and Romario Jesuraj, both of whom were constantly switching flanks, were constantly trying to create opportunities for Manzi.

Upon commencement of the second half, Chennai continued to control the game better. A Sydney Vanspaul effort in the 53rd minute from distance missed the target, but not by much.

Two minutes later, Chennai got the opening they were looking for on a platter. Akashdeep Singh in an effort to clear inadvertently handled the ball inside the box and referee Santhosh Bhaskaran had no hesitation in pointing to the spot.

Manzi displayed outrageous confidence in pointing the goalkeeper to the spot where he would be placing the ball and did exactly that to bring Chennai firmly back into title reckoning.

Bora then made a name for a lifetime with two stunning strikes to put the issue beyond anyone's doubt. Both goals came off corners taken by Sandro from the right flank.

The first in the 69th minute was earned by Sandro himself who then delivered perfectly and Bora coming in on the far post unmarked connected with a crisp volley to put Chennai ahead.

It was a fitting end to a brilliant campaign ably steered by Nawas and as referee Bhaskaran blew the whistle for one last time, there were scenes of emotions and joy all around the stadium.