Chhetri, Gurpreet must lead from the front at Asian Cup: Bhaichung Bhutia

Asked about India`s chances in the competition, Bhutia pointed out that their first assignment against lower-ranked Thailand will make or break them. 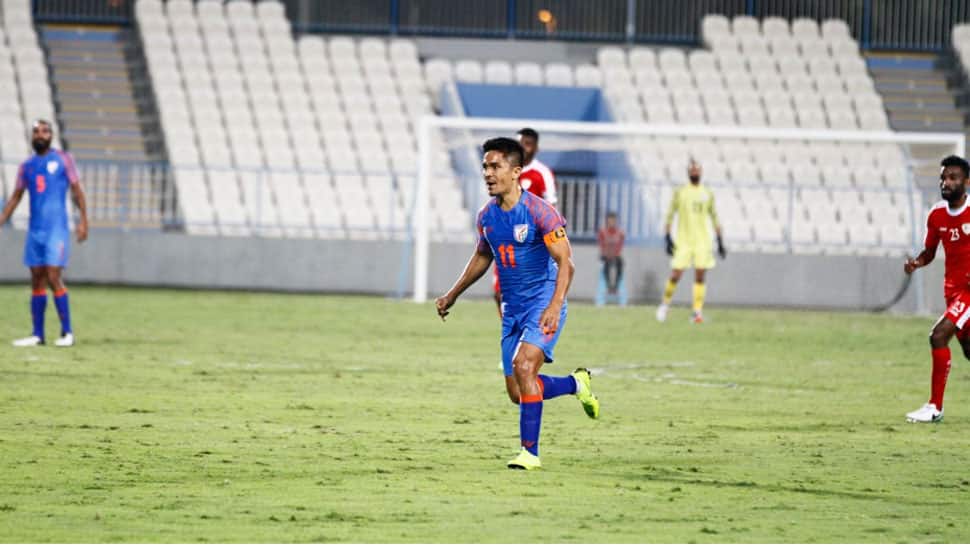 Talismanic skipper Sunil Chhetri and goalkeeper Gurpreet Singh Sandhu will have to play leading roles on and off the pitch, if India are to do well in the upcoming Asian Cup football tournament, feels former captain Bhaichung Bhutia.

India, who qualified for the Asian Football Confederation`s flagship tournament after a gap of eight years, have in their ranks a lot of youngsters, complemented by the experience of Gurpreet and Chhetri. Both of them were a part of the Doha Asian Cup back in 2011.

India, who lost all their matches back then and bowed out of the group stages, take on Thailand on January 6, before facing hosts United Arab Emirates (UAE) on January 10, and Bahrain on January 14.

"Two persons will be very crucial -- Sunil Chhetri and Gurpreet Singh (Sandhu). Both have the experience of playing AFC. India have a young team and their guidance will be the key on and off the field," Bhutia told IANS over the phone.

The 42-year old Sikkimese icon, who was the captain of the side in 2011, maintained that his former teammate Chhetri will have to take up the mantle of looking after not only his game but also his lesser experienced colleagues who might get overawed by the stage.

"Especially for Sunil, it`s not about his own game but also guiding the players, keeping their focus off the ground and giving them confidence. He has to be the leader off the ground and see that they don`t get carried away," Bhutia said.

Asked about India`s chances in the competition, Bhutia pointed out that their first assignment against lower-ranked Thailand will make or break them.

"The first match is going to be very crucial. The match against Thailand is the most crucial game because if we can get three points (from that game), I genuinely feel we can go through to the second round. But if there is a defeat in the first match, then it looks difficult," he said.

"The morale and confidence will also be built from the first match. That`s why the Thailand match will be crucial for them."

India coach Stephen Constantine had rued that his boys could not play more preparatory games leading up to the big ticket tournament. India have played China, Jordan and Oman in preparatory friendlies.

Bhutia, though, said India`s build-up has been just fine and these are players who are raring to go at the big stage.

"Preparation has been good. This is a good bunch of players who have done well together and are raring to go. There should be a fire in the belly to do well and I strongly feel that the Thailand game is the key. We need to beat them at any cost," he said.

Meanwhile, The Baichung Bhutia Football School (BBFS) with its 50th centre recently announced an angel investment by the promoters of the CarWale & Chalo and Zomato.

"We got some people to come on board and take up the school in a bigger way and expand it on a bigger scale. In future, we also need to raise some more money to come into the company. We are looking to expand BBS pan India," Bhutia said on the association.