A solitary goal from Leo Baptistao was enough to earn Wuhan all three points and keep Li Tie`s side in sixth place in the standings, while Dalian dropped to eighth with six rounds of the season remaining. 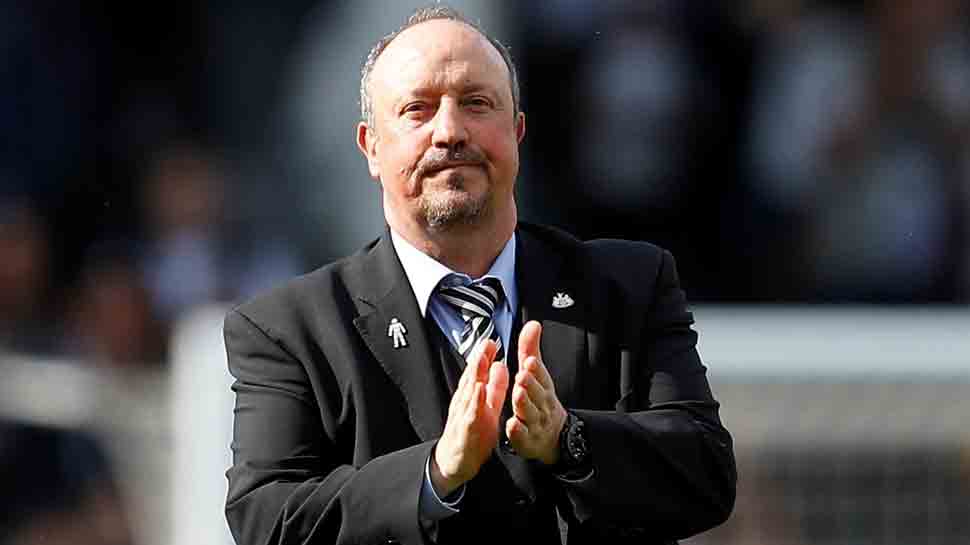 Rafa Benitez`s Dalian Yifang slipped to a 1-0 loss against Wuhan Zall on Sunday as the Spaniard`s team lost more ground on the Chinese Super League leaders.

A solitary goal from Leo Baptistao was enough to earn Wuhan all three points and keep Li Tie`s side in sixth place in the standings, while Dalian dropped to eighth with six rounds of the season remaining.

"We made too many mistakes in this game," said Benitez, who saw defender Li Jianbin sent off in injury time.

"On the football field, if you make a mistake you have to pay for it. If you are not paying enough attention, this will happen.

"Now we have to go back and analyse and learn our lesson."

In Sunday`s other game, Shanghai Shenhua remain on the cusp of the relegation zone after a 3-0 loss at the hands of Tianjin Teda, with goals from Frank Acheampong, Sandro Wagner and Zheng Kaimu earning Uli Stielike`s side all three points at Hongkou Stadium.

There was little change at the summit as none of the three leaders managed to pick up a win in their games on Friday.

Top-of-the-table Guangzhou Evergrande had their advantage trimmed to four points after Fabio Cannavaro`s team were handed a 3-1 defeat by Jiangsu Suning.

Beijing Guoan edged closer as a result of their 1-1 draw with Shenzhen FC while defending champions Shanghai SIPG remain in third following their 3-1 loss against Shandong Luneng.

"To win the league we have to face up to every difficulty," said Cannavaro, who leads his team into the second leg of their Asian Champions League meeting with Japan`s Kashima Antlers on Wednesday.

"I have always stressed to the players that they cannot relax, that they must work harder because the current Chinese Super League is very strong. We cannot relax, we need to overcome every difficulty."

Elsewhere, Eran Zahavi scored twice to earn Guangzhou R&F a much needed 2-1 win over Tianjin Tianhai as the Israeli striker increased his league-leading goal tally to 26 goals from 22 appearances so far this season.

Henan Jianye notched up a 4-1 win over Hebei CFFC, with Chinese Taipei international Tim Chow opening the scoring before goals from Wang Shangyuan, Feng Zhuoyi and Christian Bassogog put the result beyond doubt.