Eriksen has only one more season left on his contract and is widely-admired by some of Europe`s biggest clubs, prompting talk of a big-money summer move. 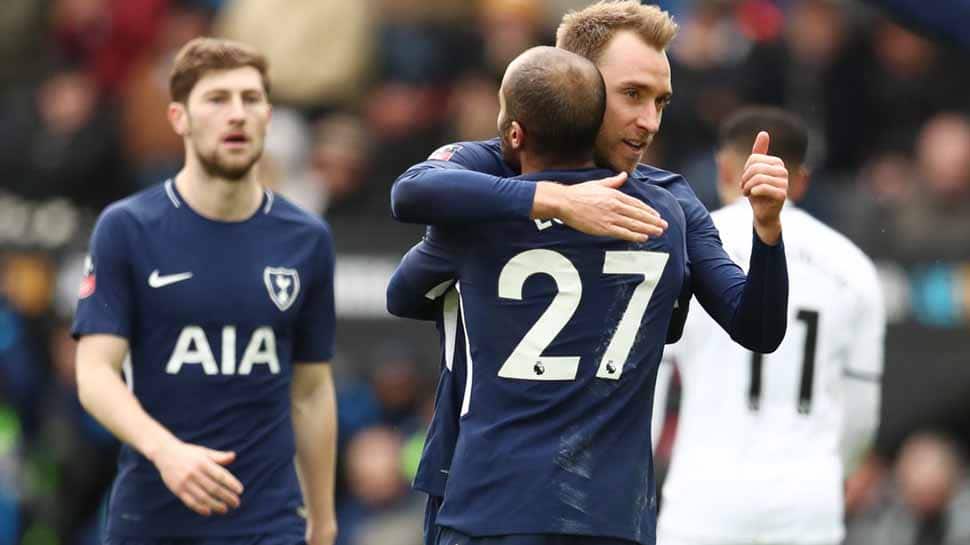 Tottenham Hotspur manager Mauricio Pochettino described Christian Eriksen`s contract talks as a "special situation" on Tuesday after the Dane scored a crucial late goal to give his side a 1-0 win over Brighton and Hove Albion.

The 27-year-old has only one more season left on his contract and is widely-admired by some of Europe`s biggest clubs, prompting talk of a big-money summer move.

He was not at his best on Tuesday as Tottenham endured a frustrating night battering away at Brighton`s barricades.

But his 88th-minute strike was the moment of quality Tottenham required to put them in a strong position to finish the season inside the top four.

Eriksen has made a habit of scoring crucial late goals -- also earning his side a 1-0 win over Burnley this season with a 90th-minute strike and scoring the 80th-minute goal against Inter Milan that kept Spurs in the Champions League.

Pochettino said he hoped Eriksen would still be at the club he joined from Ajax in 2013 next season.

"It`s a very special situation. Christian is a special person and we`re all different," he told reporters.

"Timing for him and the club and agreeing something are maybe different to other players. I hope he will be here in the future. Christian and us are so close and it`s not long until the end of the season."

"Now it`s about being focussed on the end of the season."

After three titanic matches against Manchester City in their last four games, including last week`s extraordinary Champions League clash which sent Spurs into the semi-finals, Pochettino praised his side`s maturity in difficult circumstances.

"The team is not as fresh as we wanted, not just legs, but minds, so we have to congratulate the players. I`m so proud of them," Pochettino said.

"Brighton were a really brave opponent. The most important thing is we believed, we didn`t give up and we tried different ways to score. It is three very important points and to be in a good position in the table."

Tottenham remain in third place with three games left, but now have a three-point lead over fourth-placed Chelsea. Arsenal and Manchester United are four and six points behind respectively, having played a game less.

Brighton have now failed to score in six matches, with five of them ending in defeat. They looked set to earn a crucial point but are now just three points above 18th-placed Cardiff City with games against Arsenal and Manchester City still to come.

"The players will know how hard they`ve worked to get as close as we did," manager Chris Hughton said.

"We`re up against a team in the Champions League semi-finals. We put on a gritty defensive performance and that speaks volumes. We have to take that into Saturday against Newcastle and that becomes our biggest game."

"The positives are we showed again that we`re hard to beat, we`ve got to keep going," he said.