Cristiano Ronaldo has transformed into the best header of the ball: Ex-Ireland striker Cascarino

Ronaldo, who has netted 123 headed goals in his career, scored with two headers to help Juventus come from behind and eliminate Atletico Madrid 3-2 on aggregate in the Champions League last-16 on Tuesday. 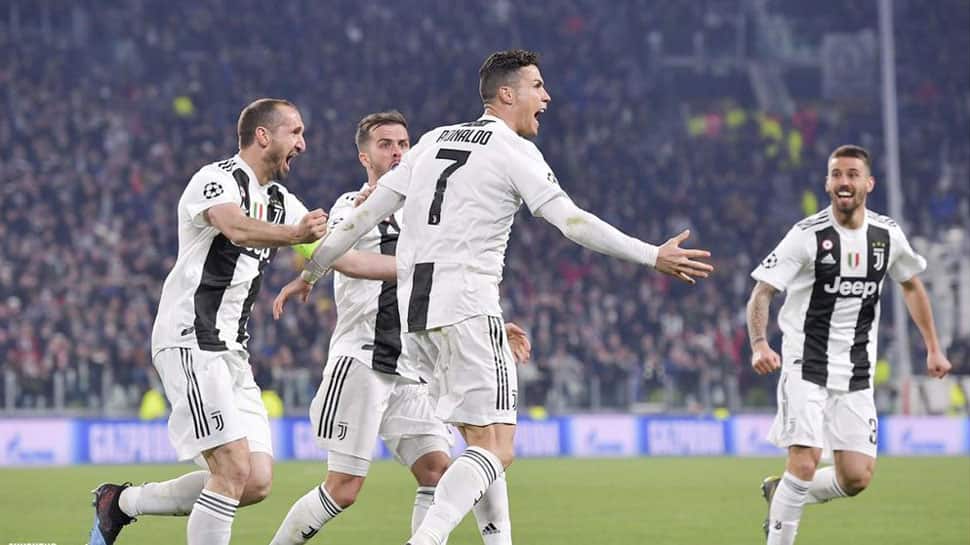 Portugal and Juventus forward Cristiano Ronaldo is the greatest header in the history of football with an extraordinary range, according to former Ireland striker Tony Cascarino.

Ronaldo, who has netted 123 headed goals in his career, scored with two headers to help Juventus come from behind and eliminate Atletico Madrid 3-2 on aggregate in the Champions League last-16 on Tuesday.

Cascarino, who scored 103 goals in his career, many of which were towering headers, explained in his column in The Times how Ronaldo has converted himself from a tricky winger to a forward who excelled at headers inside the box.

"Ronaldo is a class above anyone who has ever played the game. The range of headers he can score is extraordinary," Cascarino wrote.

"You`ll see flicked headers from a standing position, powerful leaps with power and precision, flicks at a near post after running across a defender... There are so many different varieties and he is brilliant at all of them."

Cascarino was most impressed with Ronaldo`s second goal against Atletico when he directed a header goalwards even though he was on the way down when he headed the ball.

"(He) was almost falling to the ground when he connected with Joao Cancelo`s cross and thumped a header that Jan Oblak failed to keep out," he said. "He was on the way down from his jump and still created so much power with his header."

Cascarino credits Ronaldo`s height, technique and physique which allows him to make a running jump that is 78 cm high, seven cm higher than the average basketball player in the NBA.

"His body shape has changed a lot over the years and he has clearly spent a lot of time working on his upper body strength. This allows him to lift himself into the air... When he`s in the air, he`s not coming down quickly," Cascarino added.

"The strength of his thighs is pivotal to the height of his leap... If you look at his neck he has clearly strengthened it considerably. It`s very important for generating power with your head."

"He has transformed himself into the best header of the ball in world football, and that will have happened from grafting in the gym and tireless work on the training pitch."

I have moved on from Asian Cup disappointment: Gurpreet Singh Sandhu