Ronaldo`s record-equalling eighth treble in Europe`s elite competition hauled Juventus back from a 2-0 defeat in the first leg in Madrid and sent the Serie A leaders through 3-2 on aggregate. 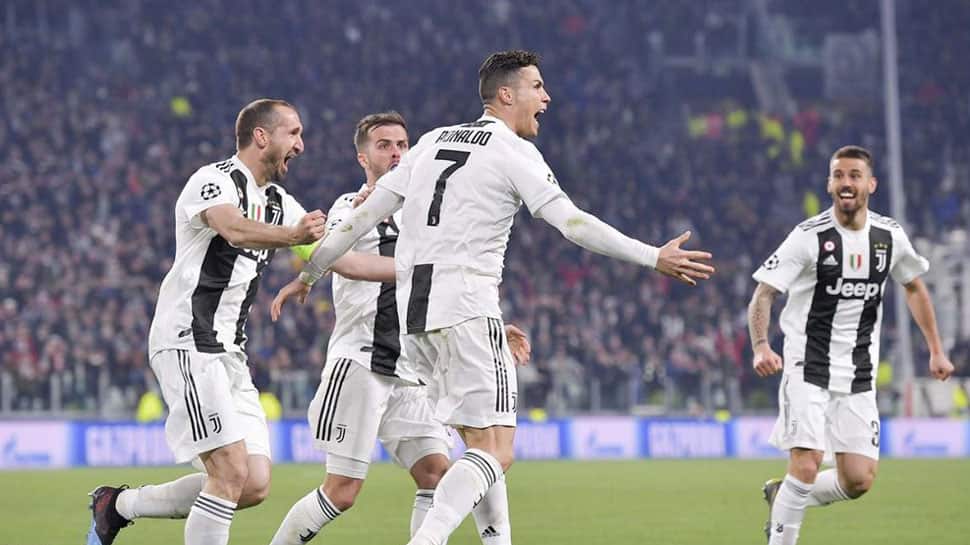 Cristiano Ronaldo was lauded in the Spanish press after his stunning hat-trick in Tuesday`s 3-0 win over Atletico Madrid sent Juventus into the quarter-finals of the Champions League.

Ronaldo`s record-equalling eighth treble in Europe`s elite competition hauled Juventus back from a 2-0 defeat in the first leg in Madrid and sent the Serie A leaders through 3-2 on aggregate.

It was the fifth time the Portuguese forward had helped to knock Atletico out of the Champions League, having won the 2014 and 2016 finals against them and beating them in the quarterfinals in 2015 and semi-finals in 2017 with Real Madrid.

"Cristiano imposes his law," said the front cover of Spanish newspaper Marca, while daily AS hailed Ronaldo, who is the leading goalscorer in the competition, as "the king of the Champions League."

There was also a sense of regret that Real, who had a humiliating exit at the hands of Ajax Amsterdam last week, had allowed their all-time top scorer to leave for 103 million euros ($116.3 million) last July.

"Madrid should never have let a player like this escape, when he had a contract, was the all-time top scorer and one of the patrons of the four Champions League wins," added Marca.

"They gave away a legend for 100 million euros. We just saw that Ronaldo is priceless. Letting him go was a historic error. Cristiano wasn`t worth 100 million euros, he was worth a billion."

There was also criticism for Atletico`s negative tactics and their attempt to merely defend their lead. Diego Simeone`s side did not manage to have one shot on target in the 90 minutes.

"With Cristiano in the mood for a demolition and on one of those nights which make him the most ravenous and lethal striker in history, Juventus walked all over Atletico," said El Pais.

"Simeone`s team fell the Italian way. They only wanted to defend, and they received a momentous beating."

Atletico, who have lost three European Cup finals, had targeted reaching this year`s showpiece in their Wanda Metropolitano stadium.

Now their only focus is chasing down La Liga leaders Barcelona, who have a seven-point advantage at the top of the Spanish top flight.

Midfielder Saul braced himself for criticism back home and gave a scathing assessment of his side`s display.

"We will get attacked from all sides and we have to face it," he said.

"They were superior to us in every sense, we couldn`t even manage to kick them or foul them or show our character. We had space but we couldn`t cause their goalkeeper any danger. We lacked intelligence."