He returned to Turin in a private jet earlier this month but then had to spend two weeks at home under Italy`s quarantine rules. 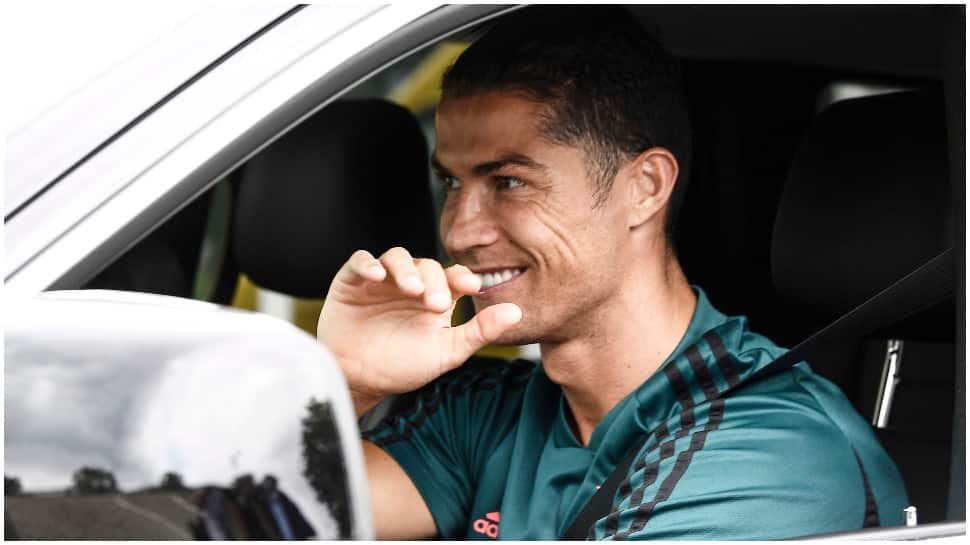 Turin: Five-times World Player of the Year Cristiano Ronaldo rejoined Serie A champions Juventus for training on Tuesday (May 19, 2020) after an absence of 72 days that included the last two weeks in quarantine.

The 35-year-old was filmed arriving at the Turin club`s Continassa training ground in a black car and was due to undergo a medical check-up before joining coach Maurizio Sarri and his teammates.

Ronaldo flew back to his native Madeira after Juventus beat Inter Milan 2-0 behind closed doors on March 8, their final game before Serie A was suspended because of the novel coronavirus outbreak.

He returned to Turin in a private jet earlier this month but then had to spend two weeks at home under Italy`s quarantine rules.

Serie A clubs returned to training on May 4 but are restricted to training in small groups and must respect social distancing guidelines.

The government is still deliberating on whether to allow Serie A to restart but said on Monday that it would not happen before at least June 14, one day after the league had hoped to begin.

The squad is still without forward Gonzalo Higuain who only returned to Italy from Argentina last Thursday and must spend another 10 days in quarantine.