Manchester United looked to be cruising to victory after Cristiano Ronaldo, who equalled the all-time Champions League appearance record in Bern, matching former Real Madrid team mate Iker Casillas’ 177 games, fired his side in front in the 13th minute. 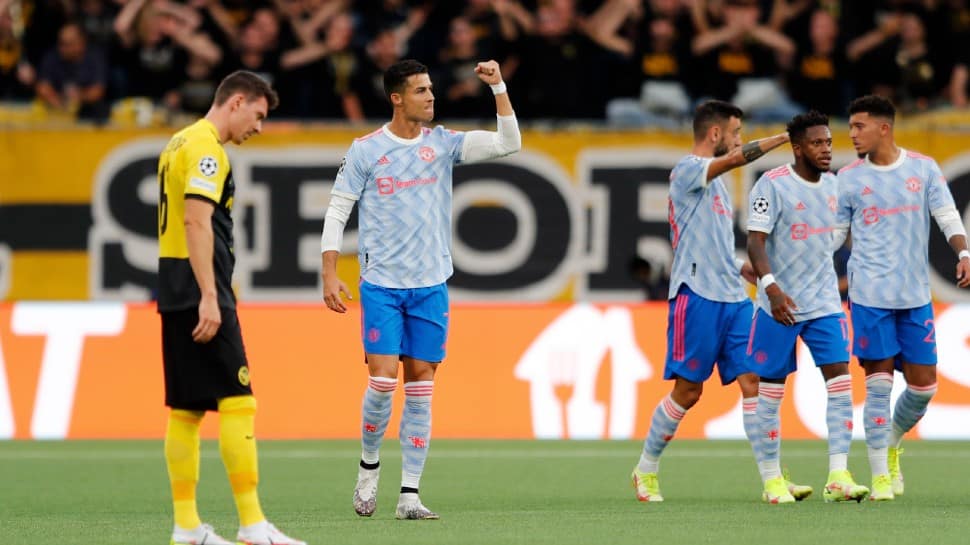 Substitute Jordan Siebatcheu scored a stoppage-time winner to earn Young Boys a 2-1 victory over 10-man Manchester United in their Champions League opener on Tuesday (September 14). Siebatcheu pounced on a woeful back pass from Jesse Lingard in the fifth minute of stoppage time to spark wild scenes of celebration and ensure United got their Champions League campaign off to the worst possible start.

United looked to be cruising to victory after Cristiano Ronaldo, who equalled the all-time Champions League appearance record in Bern, matching former Real Madrid team mate Iker Casillas’ 177 games, fired his side in front in the 13th minute. But United’s task was made more difficult after fullback Aaron Wan-Bissaka was sent off for a lunging tackle on Christopher Martins with 35 minutes on the clock, and the home crowd sensed an upset was on the cards.

United brought on French defender Raphael Varane at halftime and went to five at the back to try to see out the victory, but the hosts got a deserved equaliser through Nicolas Moumi Ngamaleu at the near post in the 66th minute. Ronaldo was then replaced in the second half as United again changed formation, with the visitors needing a fine late save from goalkeeper David de Gea to keep Young Boys at bay.

But the drama was not over and Siebatcheu’s strike, timed at 94 minutes and 22 seconds, was the latest winning goal in a Champions League match since Lucas Moura’s effort for Tottenham Hotspur against Ajax Amsterdam in the 2019 semi-finals.

“That’s football, people make mistakes,” United captain Harry Maguire said. “We’re not blaming Jesse. I’m sure everyone on that pitch today has made a mistake. I’m sure Jesse will pick himself up. It’s the first game in the group. We’ve got many games to bounce back and we must do. We’ll try and pick up three points in our next game and build momentum from there.”

In a raucous atmosphere in the Wankdorf Stadium, it was the home side who had the first chance, with Meschak Elia dragging a strike just wide. Yet it was the visitors who opened the scoring. Ronaldo, the Champions League’s all-time leading goalscorer, moved on to 135 in the competition with another predatory finish after being picked out by a sublime cross from Portugal team mate Bruno Fernandes.

Young Boys, who became the 36th different side Ronaldo has scored against in the Champions League – no player has found the net against more opponents in the competition – were then gifted a way back into the match by Wan-Bissaka. The fullback’s first touch was heavy, leaving him reaching into the tackle, studs up on Martins. The referee showed no hesitation in brandishing the red card.

Christian Fassnacht then almost immediately levelled, volleying just wide as the hosts looked to make their numerical advantage count. Against the run of play, Ronaldo raced clear early in the second period and went down looking for a penalty, but nothing was given.

The hosts were piling on the pressure, and got a deserved equaliser through Ngamaleu, who battled to get to the ball ahead of Varane and send the home crowd into delirium. Ronaldo was then replaced by Lingard, before Siebatcheu had the final say, with the United substitute getting his pass back to De Gea all wrong, and the scenes of celebration continued long after the final whistle.

Neymar protected by Facebook system after he posted nude pics of a woman: Report