Shortly before England manager, Gareth Southgate held his pre-match news conference ahead of Friday`s Euro 2020 Group A qualifier against the Czech Republic, reports emerged of a Tweet Rice made in 2015. 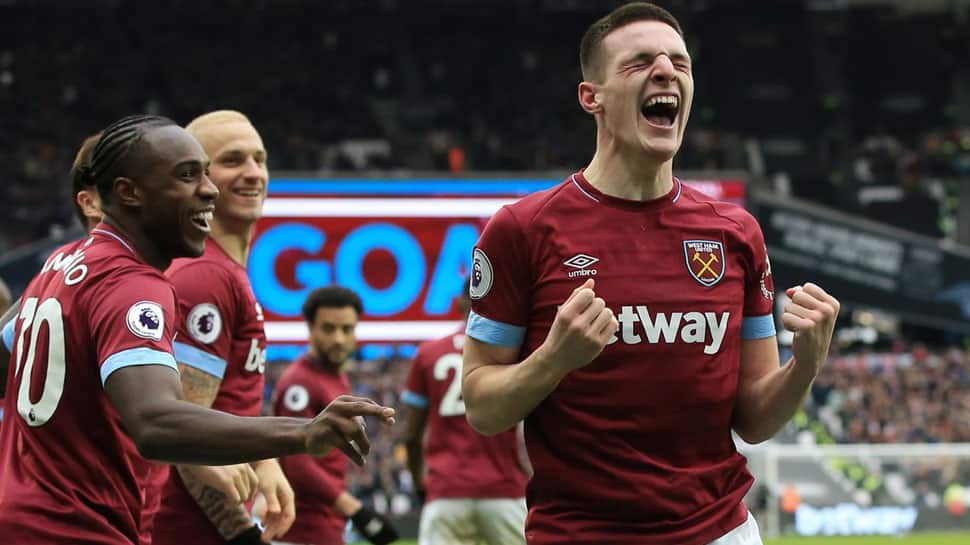 Declan Rice`s first England call-up after switching allegiance from Ireland was in danger of being overshadowed on Thursday as the West Ham United player was forced to apologise for a social media comment apparently supporting the Irish Republican Army (IRA).

Shortly before England manager, Gareth Southgate held his pre-match news conference ahead of Friday`s Euro 2020 Group A qualifier against the Czech Republic, reports emerged of a Tweet Rice made in 2015.

The 20-year-old midfielder, whose paternal grandparents were born in Ireland, said in a statement that his "Up the IRA" message was a "poorly expressed" comment.

"I recognise now that my attempt to show support for my teammates at the time could be negatively interpreted," said Rice, who made three senior friendly appearances for Ireland before opting to make himself available for England.

"While my naive words were not meant to be a political opinion and do not represent who I am, I sincerely apologise for any offence caused."

Defending Rice was hardly what Southgate expected to be doing on the eve of the game, and his problems increased as he confirmed that striker Manchester United striker Marcus Rashford was ruled out with an ankle injury.

Rashford is the sixth player to withdraw from the squad.

Asked about Rice`s comments, Southgate said: "He has apologised and it`s not representative of what he believes and feels, and outside of that the obvious point is that this was when he was 15 engaged in a social conversation with friends."

"I think any of us at that age in those sort of situations have probably discussed things, said or written things that might not look the way we would want them several years later."

The Football Association has tried to deter England fans from singing political songs, including about the IRA, during matches, and Southgate has expressed his disappointment with the behaviour of some.

He was asked whether he was concerned there might be a backlash against Rice, who is in line to make his debut.

"We have to make sure that our messaging doesn`t change," Southgate said. "I think Declan`s statement is consistent with that. Most people will understand that at that age you are still maturing. At that age, you can get giddy and say things about things you don`t know enough about."

"I think our fans and our public will recognise that."

Southgate said Rashford would miss the game and will also be unavailable for Monday`s clash in Montenegro.

"We tried to progress his training throughout the week but it`s clear he will not be ready so we are sending him back to his club and he`s out of both games."

"It`s a great opportunity for the others."