Emiliano Sala would be 'proud' of Cardiff's 2-0 win over Bournemouth, says manager

Bournemouth were a shadow of the side that hammered Chelsea 4-0 in their midweek league clash, and they remain in 10th position in the table on 33 points. 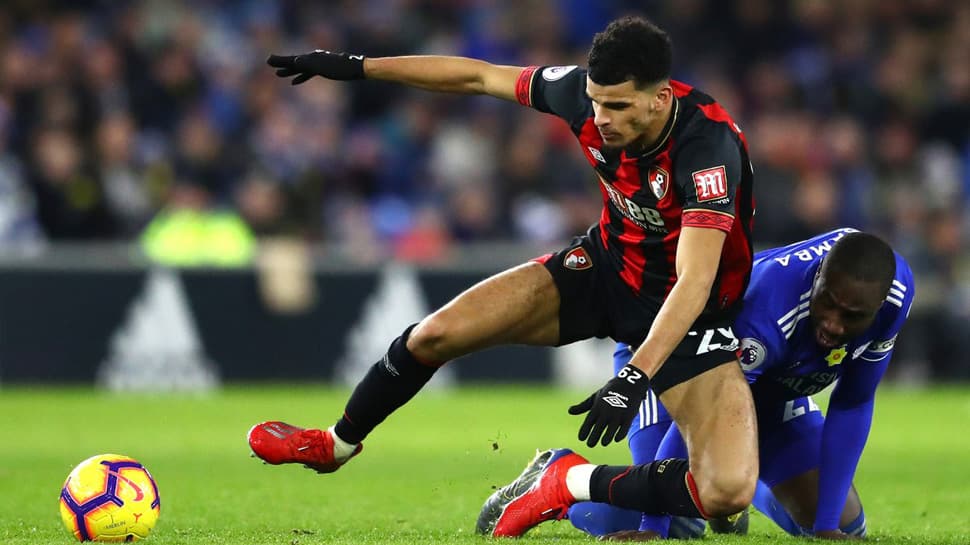 Cardiff City boss Neil Warnock said that missing striker Emiliano Sala, who is presumed dead following a plane crash, would have been proud of his team following their 2-0 Premier League win over Bournemouth on Saturday.

Bobby Reid scored early in each half in a game that turned into a celebration of Sala, the club`s record 15-million-pound ($19.63-million) signing from French Ligue 1 club Nantes, who disappeared along with the pilot of a small plane on January 21.

The Argentinian striker and the pilot are believed to have died after crashing into the sea, and a privately-funded search is set to begin on Sunday.

The Cardiff players held up a T-shirt bearing the image of the 28-year-old Sala, who never played a game for the club, after Reid rifled home an early penalty to give the relegation-threatened Bluebirds the lead in the fifth minute.

"I know he`s not here today, but Emiliano today, he would have been proud of us," said Warnock, who had struggled to fight back tears as he applauded the crowd on the pitch after the game.

Fans were handed daffodils as they entered the Cardiff City Stadium and a minute`s silence was observed, with many holding up coloured cards to form a mosaic in Sala`s honour.

The players` tribute after Reid`s fifth-minute penalty was followed in the 28th minute by a round of applause that swelled around the ground as fans sang Sala`s name.

Reid added a second goal 15 seconds after the break to put his side two up and seal three valuable points in their battle to avoid relegation but, despite an outstanding performance, they remain third from bottom on 22 points, two behind Burnley.

Bournemouth were a shadow of the side that hammered Chelsea 4-0 in their midweek league clash, and they remain in 10th position in the table on 33 points.