The Chelsea winger, who was initially supposed to join up with England`s under-21s this week, was a late call-up to manager Gareth Southgate`s senior squad after four players withdrew due to injury. 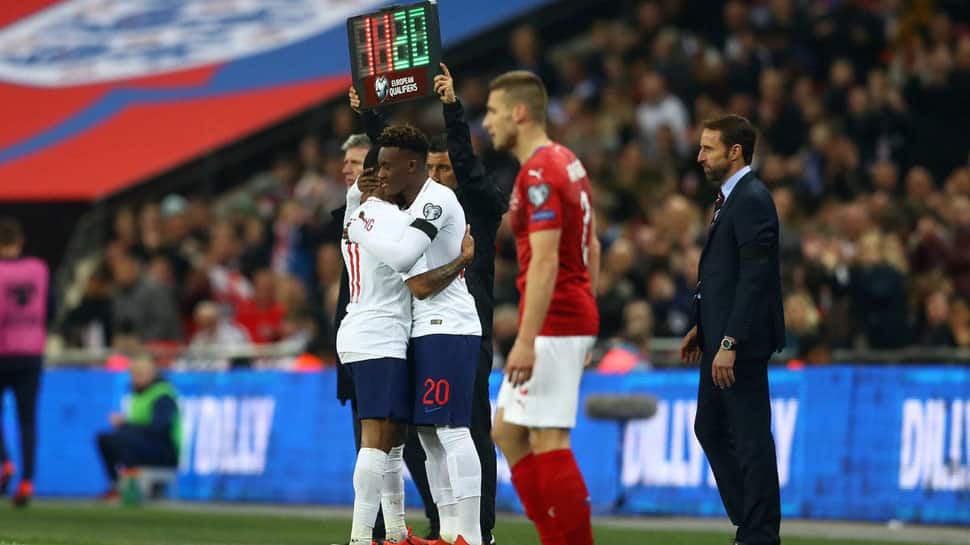 England`s Callum Hudson-Odoi was stunned to be given the chance to make a record-breaking England debut as a substitute in their 5-0 drubbing of the Czech Republic at Wembley on Friday.

The Chelsea winger, who was initially supposed to join up with England`s under-21s this week, was a late call-up to manager Gareth Southgate`s senior squad after four players withdrew due to injury.

Hudson-Odoi replaced hat-trick hero Raheem Sterling with 20 minutes to go in the European Championship qualifier, becoming the youngest player to make his England debut in a competitive match at 18 years 135 days.

"I couldn`t believe it (when I was told to get ready)," Hudson-Odoi told Sky Sports. "I didn`t think it was real. I was looking around the crowd and everybody looked happy."

"I didn`t know what to do. I want to thank everybody for helping me get here."

It was the first time in over 130 years that England featured two players aged 18 or younger, with Jadon Sancho also starting the game.

Hudson-Odoi even forced a save off Czech goalkeeper Jiri Pavlenka, only for defender Tomas Kalas to clumsily turn the ball past his keeper for an own goal.

"To get the opportunity to play today is a massive feeling in front of the home crowd as well," Hudson-Odoi added. "Hopefully there`s many more to come."

England`s next game is another Group A qualifier away to Montenegro in Podgorica on Monday.