EPL: Aston Villa get first points with 2-0 victory over Everton

Villa`s Brazilian striker Wesley, signed in the close season for a club-record 22 million pounds ($27.03 million), put them ahead in the 21st minute with a clinical finish after a perfectly timed through ball from Spanish midfielder Jota. 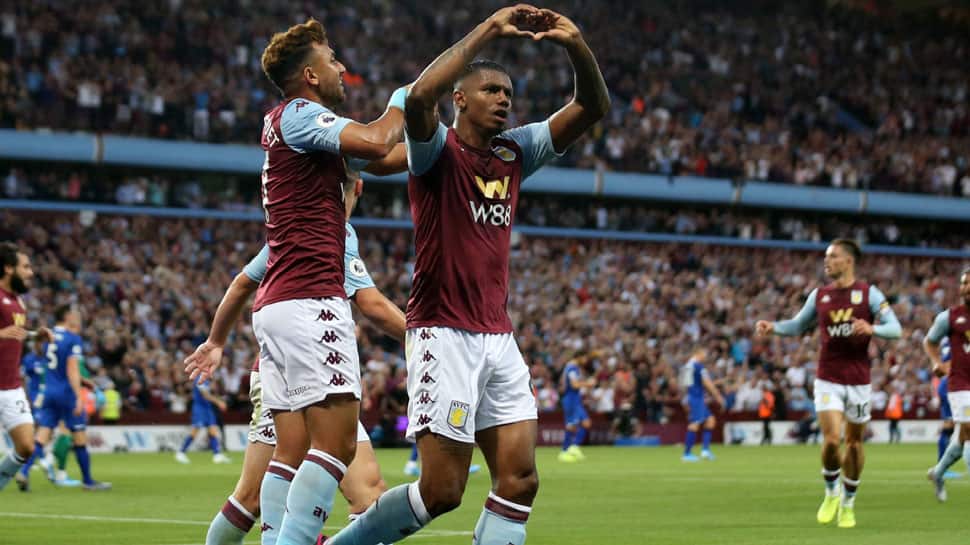 Promoted Aston Villa earned their first Premier League points of the season with a 2-0 win over Everton thanks to goals from Wesley and Anwar El Ghazi at Villa Park on Friday.

Villa`s Brazilian striker Wesley, signed in the close season for a club-record 22 million pounds ($27.03 million), put them ahead in the 21st minute with a clinical finish after a perfectly timed through ball from Spanish midfielder Jota.

Everton, who could have claimed provisional top spot with a victory, went close to a first-half equalizer but Dominic Calvert-Lewin`s strike was superbly cleared off the line by defender Bjorn Engels.

The Merseysiders, who have four points from three games, struggled to turn their pressure into chances until manager Marco Silva introduced new signings Moise Kean and Alex Iwobi just after the hour mark.

Iwobi struck the post in the 82nd minute with a low drive through a crowded penalty and then fellow substitute and another former Arsenal winger, Theo Walcott, missed a great chance - volleying wide at the back post from a Kean cross.

Villa, back in the top flight after a three-year absence, made sure of the win in stoppage time when, after a break led by Wesley, Dutch substitute El Ghazi slotted home.

Villa manager Dean Smith was delighted with the result after defeat at Tottenham Hotspur on the opening weekend and last week`s home loss to Bournemouth.

"I am more pleased to get the first points in the Premier League," he said. "Our performances have been OK, Tottenham was tough first up and we were good for an hour."

"We played well against Bournemouth and from the supporters, there is a lot of optimism. They stuck right behind us."

"Everton started brighter but it was a good performance to get the win," added Smith.

"We have had a bit of fortune, they have missed two big chances form inside the box and Theo Walcott shot over. But I always felt we were a threat on the counter."

Silva was left scratching his head at his team`s failure to get on the scoresheet.

"It is really difficult to see how we can lose this game when we created so many chances to score. It is a tough place to play football," said the Portuguese.

"The most difficult thing is to create and when you do you have to put the ball in the net."