Jagielka has made seven appearances all season and his contract expires at the end of the campaign, potentially bringing down the curtain on his 12-year stay at the Merseyside club. 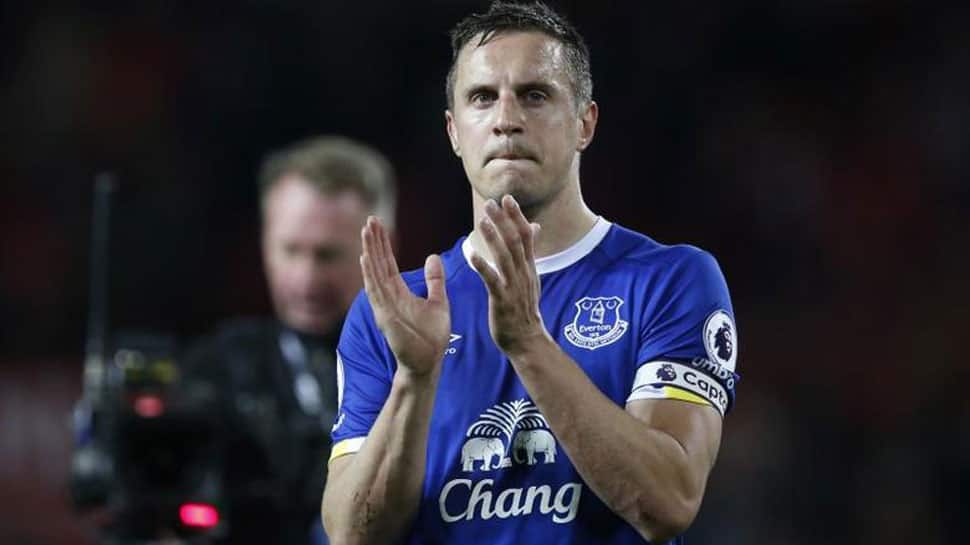 Everton captain Phil Jagielka said his future at Goodison Park should be determined in the next 10 days after making a cameo appearance in Friday`s Premier League victory over Burnley.

Jagielka has made seven appearances all season and his contract expires at the end of the campaign, potentially bringing down the curtain on his 12-year stay at the Merseyside club.

The 36-year-old centre back received a rousing ovation from the home supporters as he was sent on in stoppage-time to help Everton claim their eighth clean sheet in 10 league matches.

When asked if this was his farewell game at Goodison Park, Jagielka said: "The answer to that will probably come in the next 10 days. I hope not, but obviously, there is a possibility it could be."

"Time will tell and if not I will plod on and go and find somewhere else to go and play football."

"I look back and there have been some great moments. Hopefully, there are some to continue but if there aren`t then I can`t complain. I`ll continue to play football for as long as I can."

Everton are currently placed on the eighth spot in the rankings for the 2018-19 season of the English Premier League (IPL).