Despite Argentine striker Gonzalo Higuain making his Premier League debut, Chelsea failed to make their overwhelming first-half possession count and the second half was a horror show. 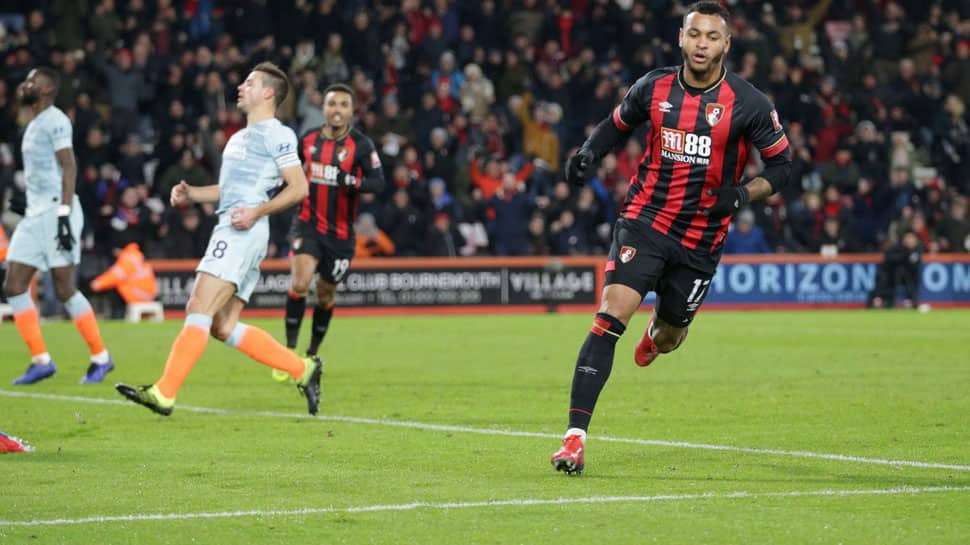 Chelsea`s top-four hopes suffered a huge dent as Maurizio Sarri`s side collapsed to a humiliating 4-0 defeat at mid-table Bournemouth on Wednesday - a result that dropped them down to fifth in the table.

Despite Argentine striker Gonzalo Higuain making his Premier League debut, Chelsea failed to make their overwhelming first-half possession count and the second half was a horror show.

Bournemouth proved more clinical as Joshua King scored twice, either side of a goal for David Brooks, and Charlie Daniels completed the rout in stoppage time.

It was only the second time since the start of the Premier League in 1992 that Chelsea had lost by a four-goal margin -- the other was a 5-1 loss to Liverpool in 1996.

Italian Sarri, who accused his team of being "hard to motivate" after a 2-0 loss at Arsenal in their last league game, spent 45 minutes locked in the changing room with his players.

Daniels`s late goal meant Chelsea`s goal difference is the same as Arsenal`s but they have scored less goals.

Both clubs have 47 points, seven behind third-placed Tottenham Hotspur, and only two ahead of Manchester United.

For all their possession, the closest Chelsea came to scoring in the opening period was Mateo Kovacic`s header which was touched onto the bar by Bournemouth keeper Artur Boruc.

Boruc made several other stops but Chelsea`s lack of punch in the attacking third -- a thorn in their side all season -- was clear to see again as they suffered a second heavy loss to Bournemouth in consecutive seasons having been beaten 3-0 at Stamford Bridge a year ago.

"This game we rode our luck early but counter-attacked superbly. That is a feature I`ll remember from this game."

Bournemouth gradually grew into the game and were a threat on the break with Brooks and Junior Stanislas both denied by Spanish keeper Kepa Arrizabalaga.

Chelsea fell behind two minutes after the break when Brooks`s astute reverse pass released King to fire high past Arrizabalaga and things went from bad to worse as King`s pass over the top left released Brooks who stepped inside David Luiz`s half-hearted tackle and fired home.

Bournemouth were rampant and Stanislas set up King for his second after a flowing move in the 74th minute.

Daniels came off the bench to head home in stoppage time.

Eden Hazard can leave Chelsea if he wants, says manager