City`s win cut Liverpool`s lead over them to four points with 17 games remaining and put to bed any talk of Pep Guardiola`s side fading away and allowing Jurgen Klopp`s men to run away with the title. 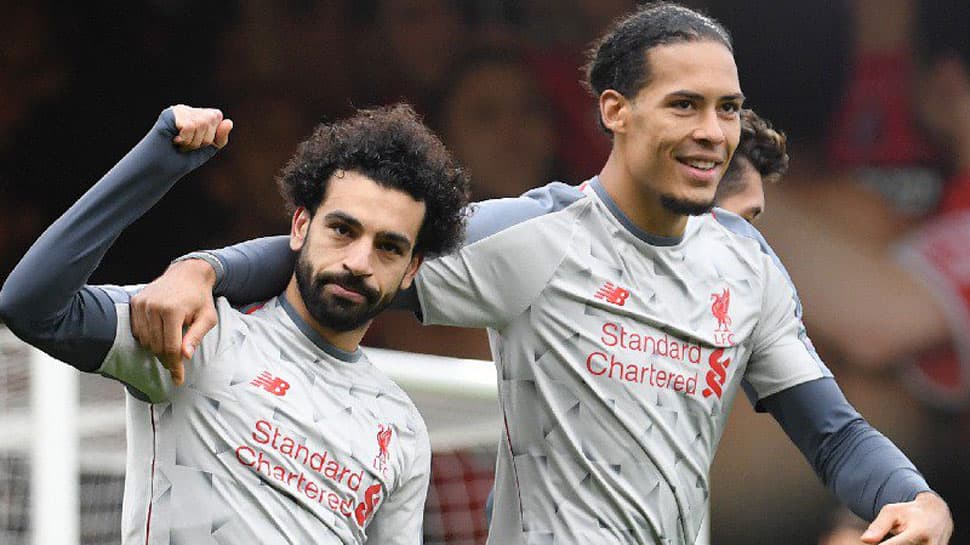 As the dust settles on Thursday`s pulsating top of the table clash, in which Manchester City beat Liverpool 2-1 at the Etihad Stadium, the Premier League title race looks poised to be one of the most thrilling in years.

City`s win cut Liverpool`s lead over them to four points with 17 games remaining and put to bed any talk of Pep Guardiola`s side fading away and allowing Jurgen Klopp`s men to run away with the title.

A feature of the season is the tremendous success the top three have had against opponents from mid-table and below.

That gives added importance to the meetings between the so-called `big six` and it is in this area that Liverpool look to have an advantage.

The Merseysiders have only three matches remaining against `big six` opposition -- two of those are at home, against Chelsea and Spurs, while they go to Old Trafford to face Manchester United on Feb. 24.

City have four `big six` clashes with two of those on the horizon in February when Arsenal and Chelsea visit the Etihad in successive weeks.

In March, City go to Old Trafford for their Manchester derby clash and in April they host Tottenham.

So far, City have the best record in games against the top clubs -- in six fixtures they have four wins although they did lose to Chelsea at Stamford Bridge.

Spurs in contrast have won just two of five games against the elite -- a record they will surely have to put right if they are to make it a three-horse race.

But the fixture list is only one indicator of how things might go in the next four months.

The leading three may have the same amount of Premier League games left but it remains to be seen how many matches they have to play in Cup competitions and most importantly in the Champions League.

They are all in the last 16 of European competition -- and all play German opposition.

Spurs face a tough test against Bundesliga leaders Borussia Dortmund, Liverpool face the deep Champions League experience of Bayern Munich while City have the easier, on paper, task against Schalke 04 currently 13th in their domestic league.

While all will be fighting hard to progress, when it comes to the Premier League race, going out of Europe can work as an unwelcome advantage.

Injuries and suspensions can kick in during the coming months which will test squad depth.

Tottenham`s back-up options are arguably the most limited but City`s recent three defeats came when they failed to cope without key starters such as Fernandinho, David Silva and Kevin De Bruyne.

Liverpool have added real quality and depth to their squad this season and took on City on Thursday with Xherdan Shaqiri, Fabinho and Naby Keita among their subs.

In this crucial area Liverpool look to have the edge to add to their slightly easier fixture list and the four-point advantage they already have.

But any evaluation of the title race also has to take into account the intangibles -- especially the ability to cope with pressure.

City have been tested and come through -- they won the title last year and contain a core of players who also won the Premier League in 2012 and 2014. Guardiola has won three La Liga, three Bundesliga titles to add to his Premier League triumph.

For all their illustrious past, Liverpool haven`t won the English league since 1990 and their most recent challenge, in 2014, ended with what many felt was a submission to pressure.

Klopp won two Bundesliga titles with Dortmund but has yet to win with Liverpool -- losing in the finals of both the Europa League and Champions League.

The proven ability to win titles is certainly Tottenham`s weak point despite their progress. Spurs manager Mauricio Pochettino has never won a trophy at any of his clubs and Tottenham have not been English champions since 1961.