While City would then have a game in hand, points in the bag at this stage of a title run-in, especially with big Champions League clashes looming on the horizon, can be a huge advantage. 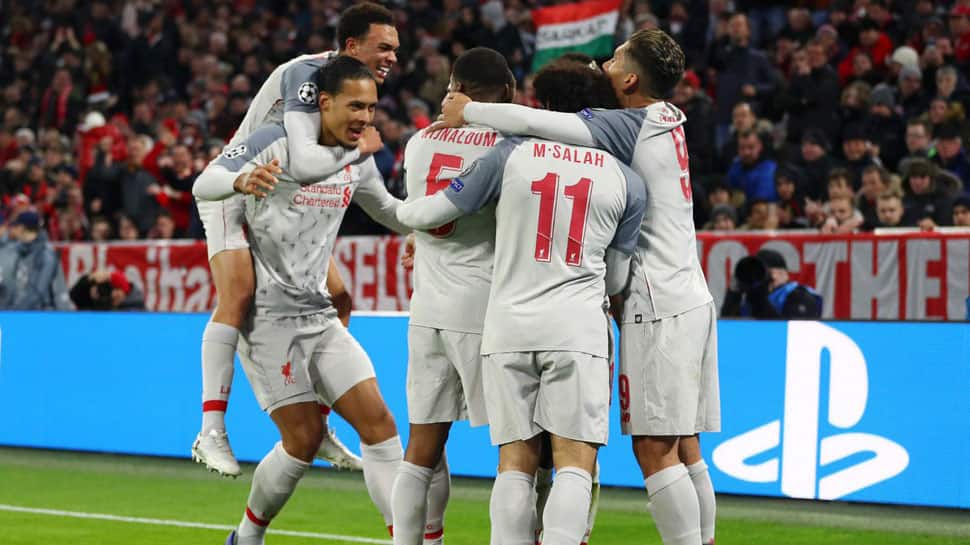 Riding the crest of a wave after their superb victory over Bayern Munich, Liverpool have the perfect opportunity to edge back in front in a titanic Premier League title race at struggling Fulham on Sunday.

With leaders Manchester City continuing their audacious pursuit of a quadruple the previous day in the FA Cup quarter-final, Liverpool have the chance to sneak two points clear of Pep Guardiola`s side with victory at Craven Cottage.

While City would then have a game in hand, points in the bag at this stage of a title run-in, especially with big Champions League clashes looming on the horizon, can be a huge advantage.

Liverpool boss Jurgen Klopp said before Wednesday`s Champions League last-16 clash in Munich that victory could "change the world" for his team -- rather than hinder their domestic title bid.

And the way they controlled the Bundesliga giants for a 3-1 victory will give them a massive surge of confidence.

"It is a fantastic sign that we again set a mark for LFC, for this wonderful club, that we really are back on the landscape on international, top-class football," Klopp said.

The only slight concern was an ankle injury sustained by skipper Jordan Henderson that means the midfielder will miss the trip to Craven Cottage.

Yet even without him, it is hard to see a relegation-bound Fulham side beaten in nine of their last 10 Premier League matches causing too many problems.

In the two games they have played under caretaker boss Scott Parker, their third manager of the season, they showed signs of life in defeats by Chelsea and Leicester City.

They are, however, 13 points away from the Premier League safety zone with eight games left and, along with bottom club Huddersfield Town who travel to West Ham United on Saturday, are now simply playing for pride.

That leaves one from Cardiff City, Burnley, Southampton, Brighton and Hove Albion, Crystal Palace and Newcastle United to join them through the relegation trap door.

Of those only Burnley and Newcastle are in action this weekend with Burnley, one place and two points above the bottom three, at home to mid-table Leicester City.

After going eight league matches without defeat, Burnley have lost three in a row and can ill-afford a slip-up at home.

When Newcastle United trailed 2-0 against Everton last week they looked like being sucked deep into the relegation mire, but a remarkable turnaround saw them claim a 3-2 win that kept them six points clear of 18th-placed Cardiff.

Rafa Benitez`s side go to Bournemouth on Saturday knowing victory will put them within sight of safety.

Of the four clubs scrapping for third and fourth place, only sixth-placed Chelsea are in league action this weekend as they travel to Goodison Park on Sunday to face Everton.

Victory for Chelsea would lift them level on points with fourth-placed Arsenal.

Cristiano Ronaldo has transformed into the best header of the ball: Ex-Ireland striker Cascarino