Anfield was stunned into silence in glorious sunshine on Merseyside as Newcastle`s Jetro Willems sent a thunderous strike into the top corner -- the Dutchman`s first goal in English football -- to give the visitors a shock seventh-minute lead. 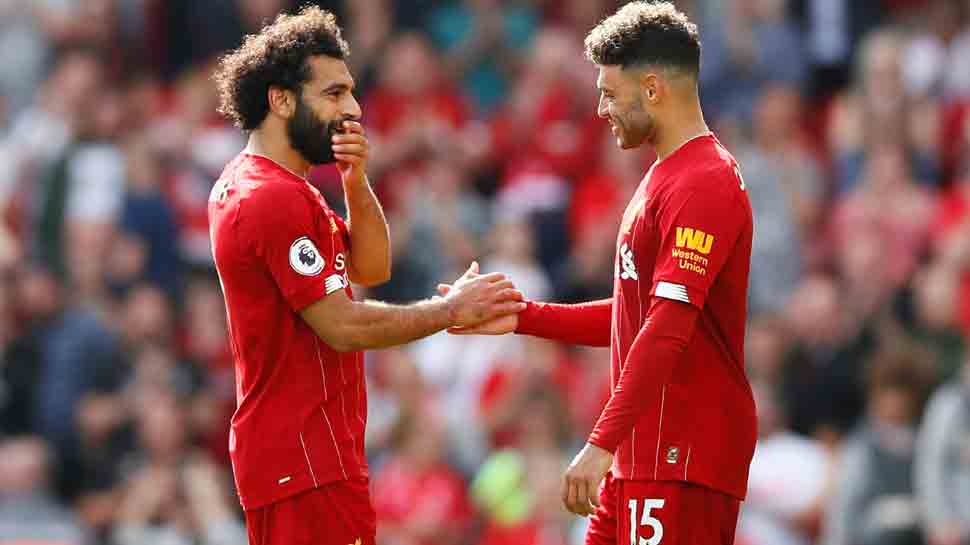 Liverpool came from behind to earn a 3-1 home win over Newcastle United thanks to Sadio Mane`s first-half double and a late goal from Mo Salah on Saturday, maintaining their 100% start to the season and winning their 14 consecutive Premier League match.

Anfield was stunned into silence in glorious sunshine on Merseyside as Newcastle`s Jetro Willems sent a thunderous strike into the top corner -- the Dutchman`s first goal in English football -- to give the visitors a shock seventh-minute lead.

The crowd were getting anxious as league leaders Liverpool were wasteful in possession, but the pressure never relented as Andy Robertson set up Mane, who equalised with a superb curled finish into the top corner in the 28th minute.

Liverpool had won each of their previous four home leagues games in which they conceded first and 12 minutes later they had turned another match on its head as Roberto Firmino`s trickery set up Mane to give the hosts the lead at the second attempt.

Mane`s second strike meant Liverpool had scored two or more goals in 14 consecutive league games -- equalling the Premier League record set by Manchester City in 2011 -- with Egyptian forward Salah adding the third in the second half.

There was no coming back for Steve Bruce`s Newcastle as Jurgen Klopp`s Liverpool strolled to their fifth straight win this term to move five points clear of second-placed Manchester City, who visit promoted Norwich City later on Saturday.

"We didn`t start the game the way we wanted," Liverpool defender Robertson said. "That gave us the wake-up call we needed and afterwards I think we kicked into gear and were too good for them."

Liverpool freshened up their forward line with Belgian Divock Origi coming in for Firmino after the Brazilian had played for his country in Los Angeles in midweek, but it was Newcastle’s attack which struck first.

Christian Atsu lofted a cross-field pass into Willems, who cut onto his weaker right foot before firing an unstoppable effort past Adrian in the home goal.

Liverpool had trailed for only 28 minutes at home in the Premier League last season, but Newcastle goalkeeper Martin Dubravka remained untested until Mane intervened, slotting a perfect strike into the net.

With the home fans in full voice, Firmino came off the bench to replace the injured Origi and cleverly threaded the ball through for Mane. Dubravka was unable to make the block, and the Senegalese forward tapped in the loose ball.

After the break, Liverpool were caught on the counter but Newcastle`s Emil Krafth blazed over at the back post.

Liverpool regained the initiative but missed a host of chances midway through the half to make it three.

Dubravka could not hold out forever, though, as Salah got in on the act, finishing well after another superb Firmino pass to wrap up a victory that means Liverpool are the fourth team in history to win 14 consecutive English top-flight matches.

"Liverpool are as good as you get," Bruce said. "Pace, creativity and at the top of the pitch they can hurt you."