Salah, who has scored 13 league goals, was substituted after 67 minutes in Sunday's 1-1 draw with Everton and is contention for Wednesday's fixture against West Bromwich Albion. Klopp, however, is keen to manage his resources with six games coming up in the next 18 days. 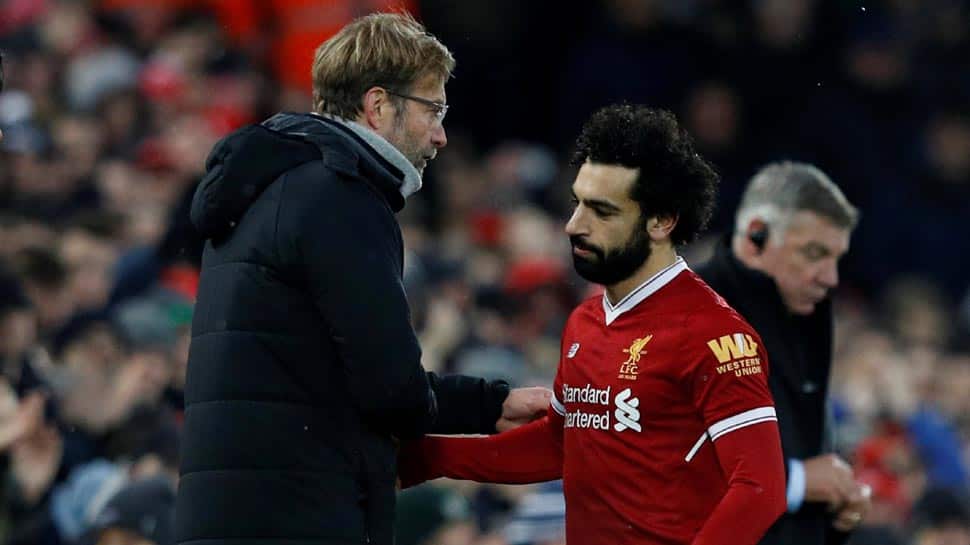 Liverpool`s in-form striker Mohamed Salah has a minor hamstring issue and manager Jurgen Klopp said he could rest the Premier League`s top scorer during the busy festive period to avoid aggravating the problem.

Salah, who has scored 13 league goals, was substituted after 67 minutes in Sunday`s 1-1 draw with Everton and is contention for Wednesday`s fixture against West Bromwich Albion. Klopp, however, is keen to manage his resources with six games coming up in the next 18 days.

"I took Mo Salah off because he had a hamstring a little bit," the German said. "Then everyone said `how can you take him off?` I do not go out and say `yeah, but he is close to being injured`. He is not at the moment, thank God."

Brazil internationals Roberto Firmino and Philippe Coutinho did not start the Merseyside derby and came on in the second half and Klopp revealed the duo were left out of the team as a precaution.

"Roberto and Phil could have played. Nobody told me to leave them out, it was my decision. Emre (Can) and Gini (Wijnaldum) as well," Klopp added.

"We have a little information after a game and sometimes that leads to a decision that sometimes you should not go with the risk of this player or that player.

"Sometimes you have to ignore (it) because the player has to go through. That is how it is. We have to make these decisions. When it works well it is really good, but when it does not work perfectly you ask questions."

Meanwhile, centre-back Joel Matip is back in training after suffering an adductor issue and could feature before the end of the year.

Liverpool are fifth in the table with 30 points after eight wins, six draws and two defeats.