The German attacking midfielder had not started a game for Arsenal since their 1-1 draw away to Brighton & Hove Albion on December 26 due to a knee problem. 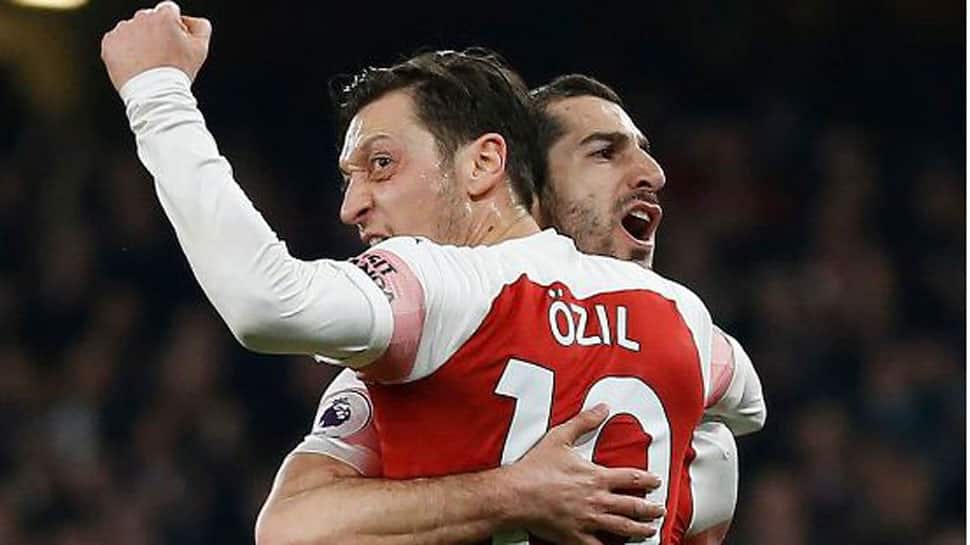 Arsenal's Mesut Ozil marked his first Premier League start of 2019 with a goal and an assist, as his side hammered Bournemouth 5-1 in their Premier League clash at the Emirates Stadium on Wednesday.

The German attacking midfielder had not started a game for Arsenal since their 1-1 draw away to Brighton & Hove Albion on December 26 due to a knee problem, but showed no ring rust as he rattled home the first goal in the fourth minute.

He then turned provider for the home side in the 27th minute, drawing out Bournemouth goalkeeper Artur Boruc before playing a simple pass to allow Henrikh Mkhitaryan to fire into an empty net.

Midfielder Matteo Guendouzi threw Bournemouth a lifeline shortly afterwards as he lost the ball on the edge of his own box to Dan Gosling, who squared it to Lys Moussett for a simple finish to make it 2-1.

However, the revival was short-lived as Laurent Koscielny put Arsenal 3-1 up just after the break and Pierre-Emerick Aubameyang made it four just before the hour mark, finishing a counter-attack by rounding Boruc and slotting the ball home.

Substitute Alexandre Lacazette, completed the rout by scoring from a free kick 12 minutes from the end to hand Bournemouth their fourth defeat in their last five league games.