Villa got off to the worst possible start as Tom Heaton, making his home debut, brought down Callum Wilson in the penalty area inside 40 seconds, with Josh King sending the goalkeeper the wrong way from the spot. 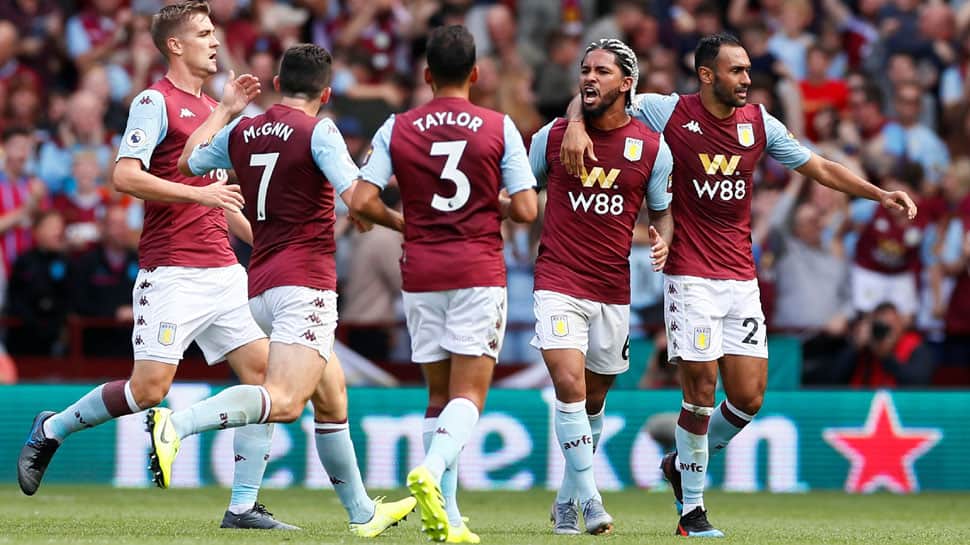 Two early goals were enough for Bournemouth to earn a 2-1 away win over Aston Villa on Saturday and leave their newly-promoted hosts pointless after two games of the new Premier League season.

Villa got off to the worst possible start as Tom Heaton, making his home debut, brought down Callum Wilson in the penalty area inside 40 seconds, with Josh King sending the goalkeeper the wrong way from the spot.

Things went from bad to worse in the 12th minute as a mistake from Douglas Luiz, another close-season signing was seized upon by Bournemouth midfielder Harry Wilson who fired into the net via a deflection off Tyrone Mings.

Aaron Ramsdale was forced into a fine save in the Bournemouth goal to deny John McGinn as Villa pressed for an equaliser, but the visitors got to halftime in a relatively comfortable position.

After the break, chance after chance went begging for Villa before Douglas Luiz scored a stunning goal in the 71st minute to give his side hope.

That 30-yard curler proved to be in vain though, as Villa`s first home match back in the top flight ended in defeat, with Bournemouth making it four points from their opening two matches.

"Losing the game is harsh on us," Villa manager Dean Smith said. "We created chances but we have got to take them -- they took their chances and we didn`t."

Wilson, on loan from Liverpool, could not hide his delight at getting off the mark for his new club.

"I was able to catch my shot well and watch it fly in," Wilson said. "It`s definitely going to help me. I wanted to start positively."

"As a team we pressed, we were a threat, the early goal helped us settle down and we were able to play our football."

Daniel James has earned the respect of teammates with a bright start: Ole Gunnar Solskjaer