England Under-21 international Sessegnon has been on Tottenham`s radar throughout the close season and they are reported to have paid a transfer fee that could rise to 30 million pounds ($36.4 million). 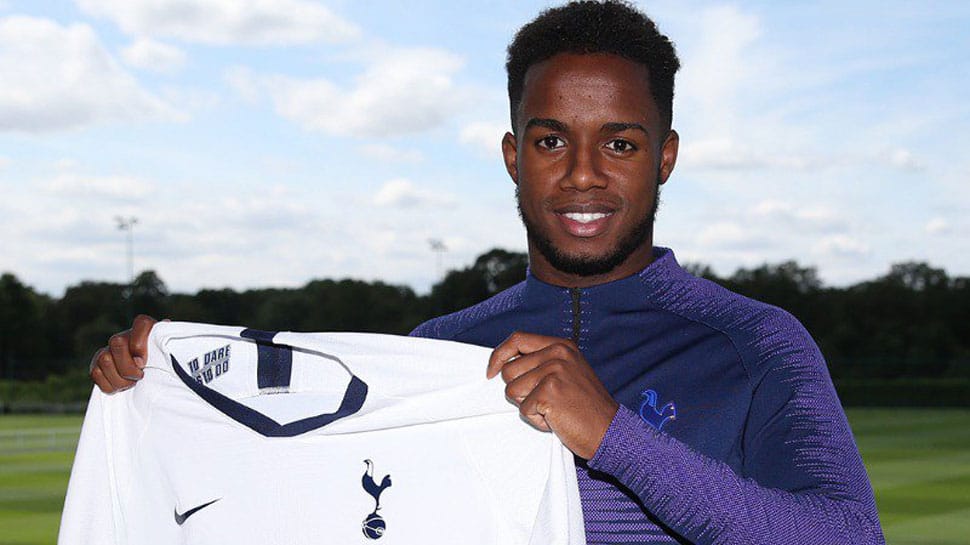 Tottenham Hotspur have completed the signing of 19-year-old Fulham winger Ryan Sessegnon on a five-year deal, the north London club said on Thursday.

England Under-21 international Sessegnon has been on Tottenham`s radar throughout the close season and they are reported to have paid a transfer fee that could rise to 30 million pounds ($36.4 million).

"We are delighted to announce the signing of Ryan Sessegnon from Fulham," Tottenham`s website said after the official closing of the English transfer window. Sessegnon will wear the number 19 shirt.

As part of the deal, 22-year-old midfielder Josh Onomah will move in the opposite direction.

Fulham vice-chairman Tony Khan said the club had tried everything to keep Sessegnon at Craven Cottage for another season.

"When a player expresses a desire to explore a new opportunity, and our attempts to change his mind are unsuccessful, then the priority is making sure that we get the right deal for the Club," Khan said. "That is what I`ve done."

"We wish Ryan well on his next chapter and we`ll continue working to get the club back to the Premier League."

Sessegnon, who plays either left-back or further forward, became one of the hottest properties in English football when he helped Fulham gain promotion to the Premier League in 2018.

He was a regular for them last season, playing 35 times in the Premier League and scoring twice as they were relegated back to the Championship after one season.

Sessegnon, who made his league debut for Fulham as a 16-year-old, fits the profile of a player favoured by Tottenham manager Mauricio Pochettino -- young, athletic and capable of playing in different positions.

He will create stiff competition for England international Danny Rose who looks set to stay at the club despite being linked with a move away.

Sessegnon is Tottenham`s second major signing of the transfer window after they paid around 63 million pounds for powerful Lyon midfielder Tanguy Ndombele.

They also agreed a loan deal on Thursday for Argentina midfielder Giovani Lo Celso from Spanish side Real Betis.