Wolves did not reveal the transfer fee but British media reported it was about 30 million pounds ($39 million), a club record which surpassed the 18 million pounds paid for winger Adama Traore last year. 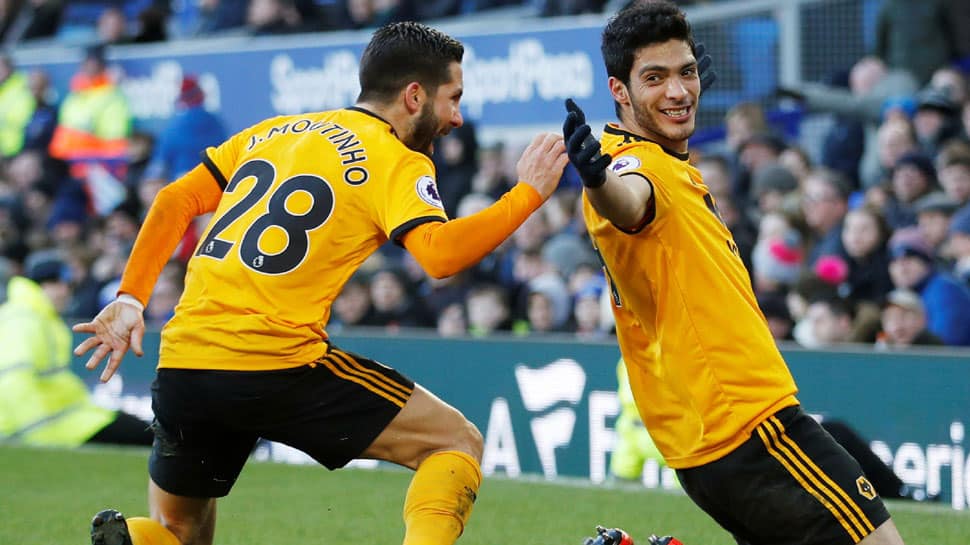 Wolverhampton Wanderers have exercised the option to sign on-loan striker Raul Jimenez from Benfica on a permanent deal and the Mexican has penned a four-year contract, the Premier League club said on Thursday.

Wolves did not reveal the transfer fee but British media reported it was about 30 million pounds ($39 million), a club record which surpassed the 18 million pounds paid for winger Adama Traore last year.

"It`s a great honour for me to now be a permanent member of the team," Jimenez, 27, told the club`s website. "I`m very happy for this permanent deal as I feel that being at Wolves suits me."

"I want to make history here at the club. With my teammates, I want to put the club back into the top places in the Premier League, I think we all want that and have that ambition."

The Mexico international has 15 goals and seven assists in all competitions since joining Wolves on a season-long loan in June, helping them reach seventh in the Premier League and an FA Cup semi-final against Watford on Sunday.

"The impact Raul has made during his short time at the club has been fantastic and we`re delighted that he`ll be part of the club`s long-term future," Wolves sporting director Kevin Thelwell said.

"His goals in the Premier League and FA Cup have been vital to this season`s success and we`re looking forward to seeing him contribute even more during what will be an exciting end to the season in both competitions."