Euro 2020: Austria advance to last 16 for first time in history

The Netherlands, who were confirmed as group winners after beating both Ukraine and Austria, defeated bottom side North Macedonia 3-0 in the other fixture to finish with nine points while Austria have six from two wins. 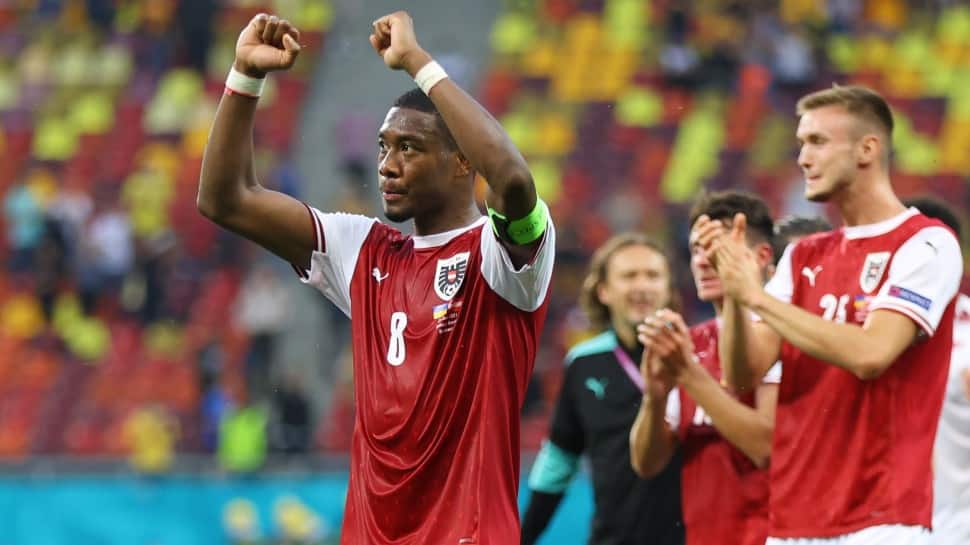 Austria advanced to the European Championship knockout stages for the first time after they beat Ukraine 1-0 in their final Group C match on Monday (June 21) to finish second and set up a last 16 clash with Italy. The Netherlands, who were confirmed as group winners after beating both Ukraine and Austria, defeated bottom side North Macedonia 3-0 in the other fixture to finish with nine points while Austria have six from two wins.

Christoph Baumgartner, who looked shaken after a clash of heads with Illia Zabarnyi minutes earlier, scored in the 21st minute from a corner when he beat the Ukrainian defender to prod home from a teasing David Alaba delivery. The groggy Austrian midfielder was withdrawn 10 minutes later and his replacement Alessandro Schopf nearly set up a second when he found Marko Arnautovic on a counter-attack but the forward’s side-footed attempt was well off target.

Ukraine, who were sloppy in possession and rarely threatened in the final third, have three points and must wait to see if they advance as one of the four best third-placed teams. Austria have reached the knockout stage of a European Championship for the first time after their 1-0 win over Ukraine on Monday, but coach Franco Foda said his team are now hungry for more.

The Austrians, who had never won a game at the Euros before this tournament, reached the second round of an international tournament for the first time in 39 years, with the team having last made an impact at the 1982 World Cup, reaching the second stage.

For the first time in their history, Austria are into the knockout stage at a EURO @oefb1904 | #EURO2020 pic.twitter.com/zXnGfrZPRw

“These are the fine moments in football,” Foda told a news conference. “We wanted to make history. That was our target from the first day we got together. It is a historic win and I am proud of the team.

“From the very beginning you felt that this team wanted to win the game. We should have scored for 2-0 or 3-0 in the first half because we had clear chances,” said the coach.

Foda refused to criticise his striker, who had missed their second game due to a ban after verbally attacking a North Macedonia player in their opening group win but returned to the lineup on Monday.

“It was an historic win on a memorable day, and you asked me how I rate his performance?” Foda snapped at a journalist. “Unbelievable. I was satisfied with him and he did what I wanted him to do.”

Unbeaten in 30 straight games, the Italians equalled their 82-year-old national record for such a run with a 1-0 win over Wales that saw them top their group. The Italians have also won their last 11 games in a row.

“It looks at first sight that this riddle cannot be solved by us,” Foda said of his team’s next opponents. “But at some point any team is bound to lose, and when we play like today then we have chances to survive against Italy. It is one game and in one game anything is possible. We reached a huge goal, but when you reach the round of 16 then you want to reach the quarter-finals,” Foda said.