The Croatians top the group with 13 points from six matches and will secure a berth in next year`s finals with a match to spare if they beat Wales away on Sunday. 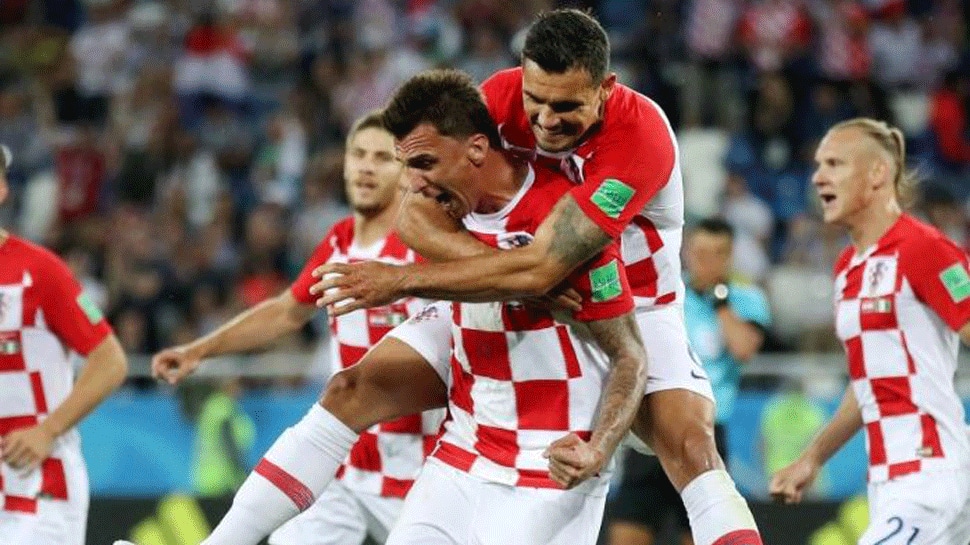 Croatia remained firmly on course to reach Euro 2020 after two goals from striker Bruno Petkovic helped them to a 3-0 home win over Hungary while Wales kept alive their hopes with a 1-1 draw at Slovakia in qualifying Group E on Thursday.

The Croatians top the group with 13 points from six matches and will secure a berth in next year`s finals with a match to spare if they beat Wales away on Sunday.

Slovakia are second on 10 points from six matches, one ahead of third-placed Hungary, while Wales are fourth with seven points from five games. Bottom team Azerbaijan have one point from five matches.

The Croatians dominated after captain Luka Modric fired them into a fifth-minute lead when he picked up a loose ball in midfield, raced down the middle and steered a shot past Hungary goalkeeper Peter Gulacsi.

Petkovic made it 2-0 with a delightful back-heel from close range after Ante Rebic left his marker for dead on the left flank and squared the ball to the Dinamo Zagreb hitman.

A catalogue of defensive errors allowed Petkovic to bundle in the third late in the first half, as Tamas Kadar and Gulacsi misjudged Ivan Perisic`s low cross from the right.

Gulacsi made amends in the 55th minute when he saved Perisic`s penalty after Rebic was fouled but any slim hopes of a Hungary comeback were dashed moments later when Laszlo Kleinheisler was sent off for a second bookable offence.

Wales missed a chance to close in on the top two after a sumptuous second-half volley by Slovakia defender Juraj Kucka cancelled out Kieffer Moore`s 25th-minute opener.

Moore headed home after Daniel James delivered a fine cross into the penalty area but the visitors failed to clear a Peter Pekarik cross in the 53rd minute and Kucka blasted in the equaliser from 20 metres.

Gareth Bale hit the crossbar for Wales with a first-half header and the Slovakians had defender Norbert Gyomber sent off in the 88th minute for a second yellow card after a poor tackle on Moore.