For 88 years, Spain didn’t beat Italy in a competitive match and an inferiority complex naturally grew. A clash of styles – typically attacking Spain against defensive Italy – always went one way. 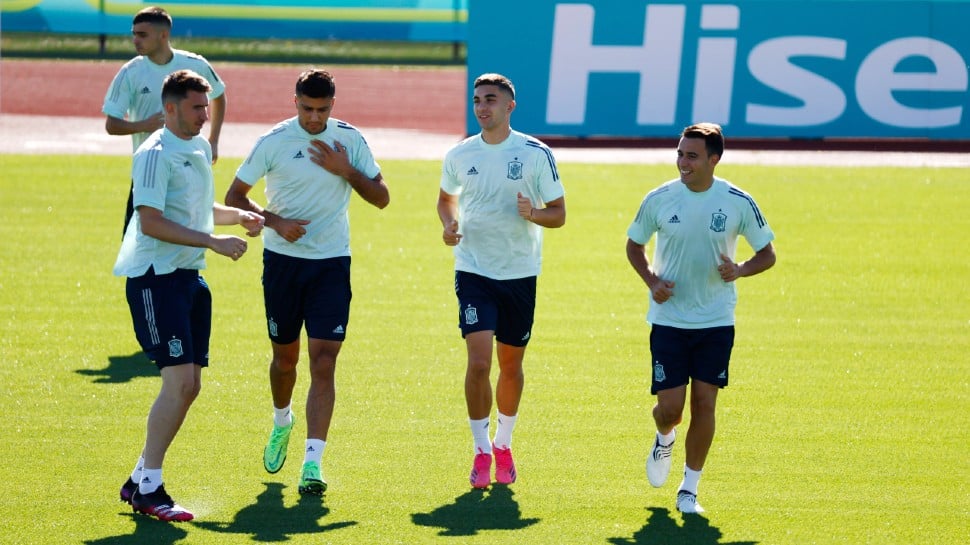 Members of Spain football team at a training session ahead of their UEFA Euro 2020 semifinal clash against Italy. (Photo: Reuters)
Share:
Edited By:

They are opponents who have long struck fear into the heart of Spanish football. The Italians: tough, defensively strong, cynical. Winners by whatever means possible – or so it was widely perceived in Spain anyway. And Luis Enrique knows all about it. The current Spain coach was a member of the national team that was beaten by Italy 1-0 in the 1994 World Cup quarterfinals. As famous as the 88th-minute winning goal by Roberto Baggio was the elbow to Luis Enrique’s face administered by Italy’s hard man in defense, Mauro Tassotti.

The violent act went unpunished during the game – Tassotti would later get an eight-match ban – but wasn’t forgotten in Spain. The photo of an anguished Luis Enrique, blood pouring from his broken nose onto a splattered white towel, has gone down in history, and is often brought out whenever the two rivals meet.

Like they will at Wembley Stadium on Tuesday in the European Championship semifinals. “We’ve spoken a few times since but that's in the past, part of footballing history,” Luis Enrique said on Monday about the incident with Tassotti. “Both of us, of course, would’ve preferred that had gone differently but there's nothing more to say.”

Actually, Luis Enrique doesn’t appear to hold any grudges toward the Azzurri, his feelings possibly changing after spending a year coaching Italian club Roma in the 2011-12 season. “It’s a country I’m very fond of,” he said. “Whenever I've a bit of free time, I always like to visit Italy. It’s lovely to come up against the Azzurri – it’s always very nice.”

Many in Spain would disagree. For 88 years, Spain didn’t beat Italy in a competitive match and an inferiority complex naturally grew. A clash of styles – typically attacking Spain against defensive Italy – always went one way.

Until 2008, that is. That was when a weight was lifted from a nation as Spain defeated Italy in a penalty shootout in Vienna in the European Championship quarterfinals on its way to its first continental title in 44 years.

Four years later, Spain would beat Italy again at Euro 2012, this time 4-0 in Kyiv for the most lop-sided score in a final in the tournament’s history. Yet Spain’s title defense was ended in the last 16 five years ago by a limited but tactically superior Italy coached by Antonio Conte, which won 2-0 in Paris.

The teams, then, will be meeting in a fourth straight tournament. This match promises to be different, though, purely because of the way Italy’s approach has altered since Roberto Mancini took over as coach in 2018.

Sure, the trademark Italian robustness in defense is still there, but the team has an attacking swagger these days and also has become more of a passing team. They’re not in Spain’s league in terms of possession, but then again who is?

“We’re leaders in the possession stats, but they too are a side who enjoy playing with the ball. So that’s going to be the first battle to win,” Luis Enrique said. “But they're also very good without the ball. We need the ball. We want to have it.”