The result ensured Tottenham reached the Champions League last four for the first time where they will face Ajax Amsterdam. 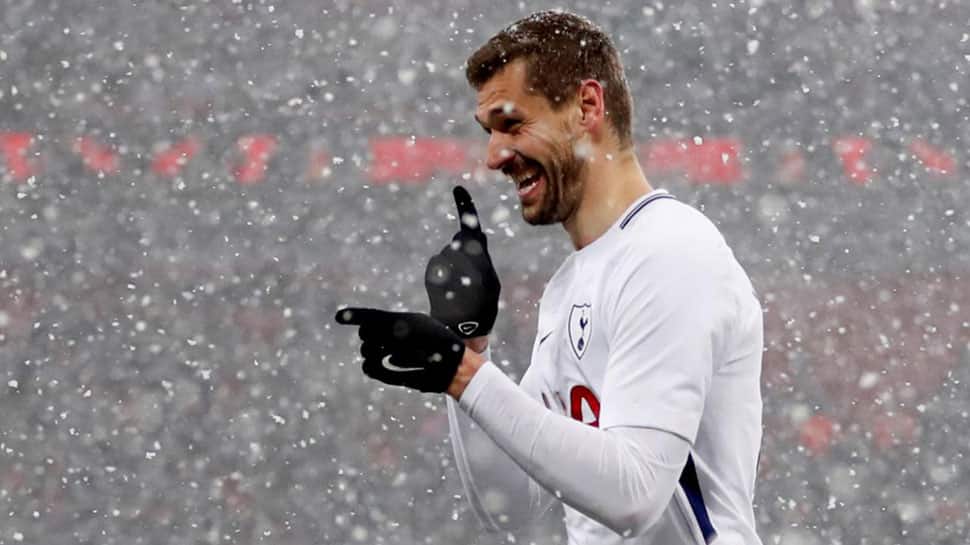 Tottenham Hotspur striker Fernando Llorente said scoring the decisive goal against Manchester City that sealed the London side`s progress to the Champions League semi-finals on Wednesday was "one of the best moments" of his career.

Llorente`s 73rd-minute goal, which was allowed to stand after a Video Assistant Referee (VAR) review to check for a possible handball, made it 4-4 on aggregate and allowed Tottenham to advance on away goals despite a 4-3 defeat.

"What a night, unbelievable. It`s one of the best moments in my career," the Spanish striker told Tottenham`s website.

The result ensured Tottenham reached the Champions League last four for the first time where they will face Ajax Amsterdam. They made the European Cup semi-finals in 1962.

"To do this with an unbelievable team like Tottenham and be for the first time in the semi-finals of the Champions League with these teammates is crazy," Llorente added. "I believe in them and I think we can make history."

City manager Pep Guardiola backed the use of VAR but questioned the decision to award Llorente the goal, which officials concluded had rolled off the Spaniard`s hip and into the net.

However, City defender Benjamin Mendy said they could not complain about the decision.

"We cannot complain about the VAR. Those are the rules and we have to respect them," Mendy told City`s website. "We don`t have time to think about this because we play Tottenham again on Saturday."

City, second in the Premier League standings, will play Tottenham for the third time in 12 days when they host Mauricio Pochettino`s side this weekend.

Philippe Coutinho under spotlight against Real Sociedad after 'ugly gesture'