The development comes after Chelsea's 3-1 win over Luton in the FA Cup fourth round on Sunday, however, it was enough for Frank Lampard to save his job. Meanwhile, Thomas Tuchel's previous stint with Paris Saint Germain was brought to an end in December last year. 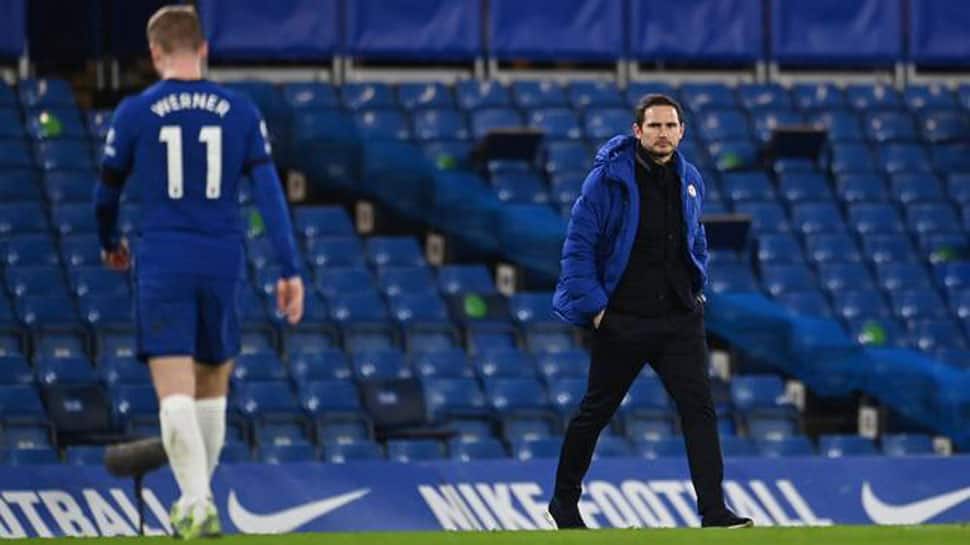 Frank Lampard is likely to be sacked by Chelsea. (Reuters/File Photo)
Share:
Written By:

Frank Lampard was sacked by Chelsea on Monday. As per media reports in England, the current Chelsea boss will be replaced by former Borussia Dortmund and Paris Saint Germain manager Thomas Tuchel.

Lampard, a former Chelsea player, was appointed as club manager in July 2019. He spent over 200 million pounds in the previous transfer window and got Timo Werner and Kai Havertz at the club. Chelsea started the ongoing season on a strong note but after a series of a disappointing run lately, they find themselves languishing at the ninth position in the Premier League table.

The development comes after Chelsea's 3-1 win over Luton in the FA Cup fourth round on Sunday, however, it was not enough to save Lampard his job.

Chelsea released a statement in this regard, which read: "We are grateful to Frank for what he has achieved in his time as Head Coach of the Club. However, recent results and performances have not met the Club’s expectations, leaving the Club mid-table without any clear path to sustained improvement."

Club owner Roman Abramovich said, "This was a very difficult decision for the Club, not least because I have an excellent personal relationship with Frank and I have the utmost respect for him."

"He is a man of great integrity and has the highest of work ethics. However, under current circumstances, we believe it is best to change managers."

Meanwhile, Tuchel's previous stint with PSG was brought to an end in December last year, and he was subsequently replaced by former Tottenham Hotspur boss Mauricio Pochettino.