Kane, who missed the first leg through injury, fired in the winner shortly after the start of the second half, and against the run of play to silence a fiery home crowd and leave Dortmund needing five goals after having lost 3-0 in London last month. 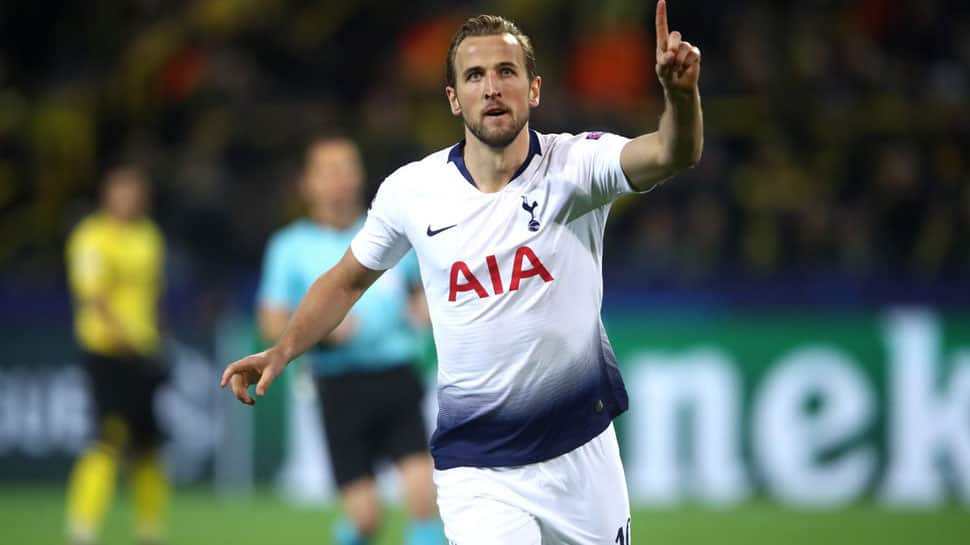 Tottenham Hotspur defeated hosts Borussia Dortmund 1-0 on Tuesday thanks to a clinical Harry Kane finish, to stroll into the Champions League quarter-finals for only the second time in their history with a 4-0 aggregate victory.

Kane, who missed the first leg through injury, fired in the winner shortly after the start of the second half, and against the run of play to silence a fiery home crowd and leave Dortmund needing five goals after having lost 3-0 in London last month.

The Germans, who have seen their seven-point lead in the league evaporate in recent weeks and are also out of the German Cup, have never overturned a 3-0 first-leg deficit in the competition.

They dominated in the first half and despite a valiant effort, were simply unable to score with Spurs keeper Hugo Lloris in stellar form.

"Now we can enjoy because it`s a big achievement,” Lloris told reporters. "We want to keep on going, we don`t want this to end."

For Tottenham, whose only other quarter-final appearance came in the 2010/11 season, it turned out to be an easier task than expected, with the Germans deep in a rut and far from their explosive early-season form.

"We played well in the first half but the only thing we were missing was a goal that could have given that spark we needed," said Dortmund sports director Michael Zorc. "After their goal, we were done. You cannot hope to score five."

Dortmund had made their intentions clear with a formation that included five attacking players including captain Marco Reus, Paco Alcacer and Mario Goetze for the first time together in a starting lineup.

They had more than 70 percent possession as Spurs pulled back, but after half an hour the best chance fell to the visitors when Son Heung-min, who scored once in the first leg, fired wide after breaking clear with only keeper Roman Burki to beat.

There were some worrying moments for Spurs late in the first half, but keeper Hugo Lloris made a string of superb saves to deny the hosts.

Dortmund picked up where they left off after the break with Reus, who had scored twice in two previous outings against Spurs, coming close again.

But Kane stunned the hosts when he was given far too much space at the edge of the box and scored with a thumping finish to kill off the tie.

The visitors then had little trouble to manage the pace of the game against the frustrated Germans and book their ticket to the last eight in the competition.