The Brazilian winger, who signed for the London club from Paris Saint Germain last year, scored a hat-trick in the second leg at Ajax three weeks ago to send Spurs through to Saturday`s final in Madrid against Liverpool. 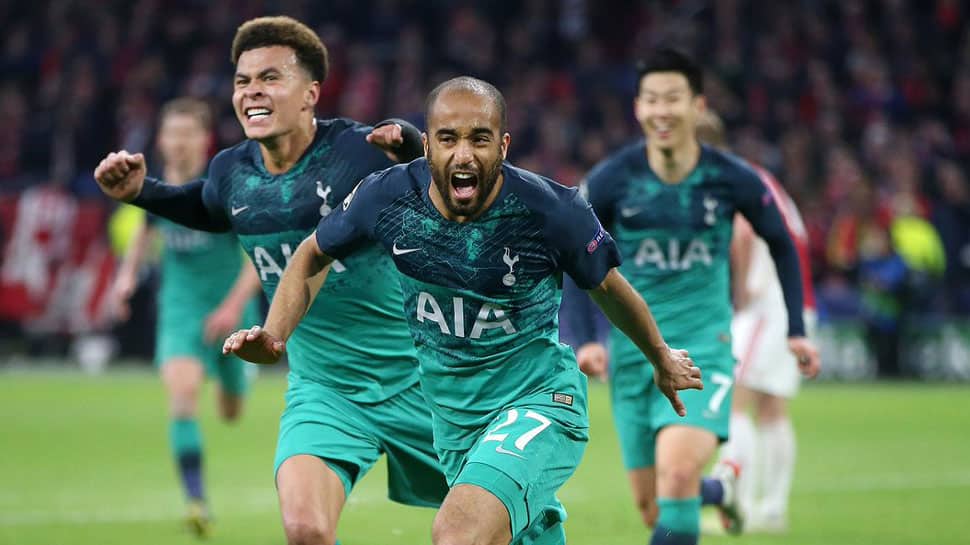 Tottenham Hotspur`s Lucas Moura will be playing the biggest match of his life this weekend but he has already buried the ghost of one past disappointment with his match-winning performance in the Champions League semi-finals.

The Brazilian winger, who signed for the London club from Paris Saint Germain last year, scored a hat-trick in the second leg at Ajax three weeks ago to send Spurs through to Saturday`s final in Madrid against Liverpool.

The stunning victory had particular resonance for the 26-year-old, who was part of the PSG team that lost 6-1 to Barcelona to bow out of the 2017 Champions League.

Moura said it had all caught up with him after he was shown a Brazilian TV clip of his decisive 96th minute third goal for Spurs soon after the final whistle in Amsterdam.

"When I saw the video and heard the commentator, it was impossible to keep my emotions in," Lucas said in an interview with The Guardian. "I remembered the 6-1 Barcelona game and the struggles I have had in my life."

"It has been my dream to play in the Champions League final and to win one, and now I have the opportunity. The dream is real, that`s why I became emotional."

"It is impossible to describe the feeling when my hat-trick goal went in but I believed until the last seconds that we could do something."

PSG`s loss to Barcelona two years ago was particularly disappointing as the French side had held a 4-0 lead after the first leg of the round of 16 tie.

"I can now say I know the two sides," Moura added. "The Barcelona game was the worst feeling of my football life. When I got home, I cried all night."

"I said that I never wanted to feel like that again and so I worked harder to have another feeling and against Manchester City (in the quarter-finals) and then (against) Ajax it came."

"The Ajax game was the best feeling of my football life. Moments like Barcelona must motivate you."