Aizawl, the more accomplished of the two sides under the able guidance of Gift Raikhan, are enjoying an extended home stint, after a rough time on the road. 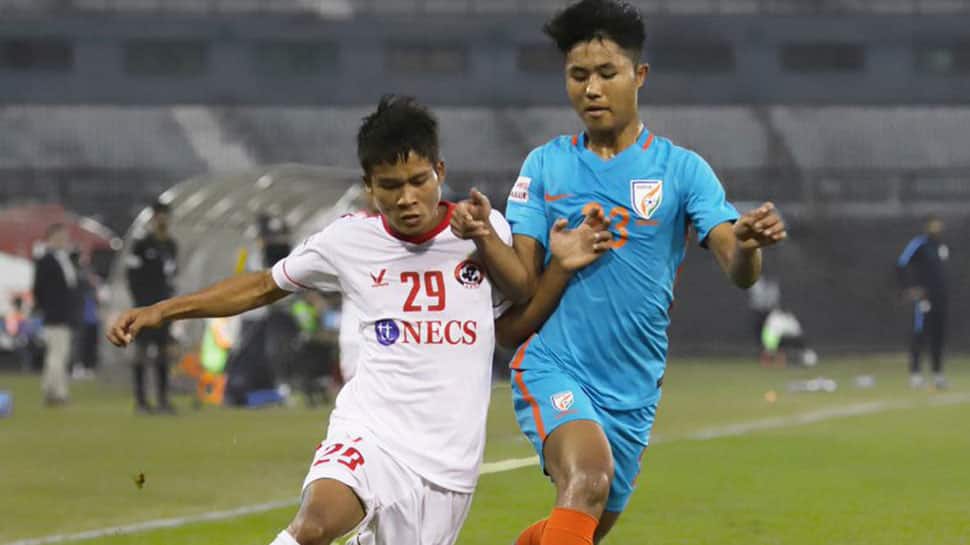 Hoping to extend their home form, Aizawl FC will take on Indian Arrows in a Hero I-League match at the Rajiv Gandhi stadium on Saturday.

Hosts Aizawl FC and Indian Arrows are placed 9th and 10th respectively on the 11-team table.

Aizawl, the more accomplished of the two sides under the able guidance of Gift Raikhan, are enjoying an extended home stint, after a rough time on the road.

Reiterating the importance of the game for his side, Raikhan also spoke about his new attacking recruit in the pre-game presser.

"We will be expecting three points from tomorrow's game because last time we played against Arrows it was a draw and we got some pretty close chances but missed them.

"This time we should be scoring to get three points. New player Richard and Kareem Omoloja will be playing tomorrow and Kromah will not be playing as he is injured, but will be ready for the next against Kashmir."

His side so far has nine points from 10 games.

In the first leg, at Cuttack's Barabati Stadium, the Arrows had caught Aizawl at the end of a torrid month on the road to hold them goalless. Since then, the former champions have had a break, and have been at home and warmed up with a fighting 3-2 win against Gokulam Kerala last week.

The Arrows youngsters too continue to punch above their weight in their second season and have notched up four points in their last three games. They were up to it against the dangerous Churchill in their last game as well, going down by a solitary goal.

Floyd Pinto, the Indian Arrows coach said, "Just like any other game, we are planning to put upon some performance like how we played Aizawl at home. The boys are going to bounce back from the last match against Churchill Brothers.

"I just hope that the boys play well and if they play to their potential, I think we can go back with three points."

Chhetri, Gurpreet must lead from the front at Asian Cup: Bhaichung Bhutia