How did it come to this? Barcelona's transfer window explained

Sergio Aguero, Eric Garcia, Emerson Royal and Memphis Depay all arrived early as a new squad took shape and optimism grew. However, it soon appeared all was not well.

BARCELONA: Barcelona were full of optimism and hope when the transfer window opened, when new president Joan Laporta was saying all the right things. Fast-forward to September 1 and fans and pundits alike cannot quite believe what they have seen.

DOWNHILL FROM THE START

Sergio Aguero, Eric Garcia, Emerson Royal and Memphis Depay all arrived early as a new squad took shape and optimism grew. However, it soon appeared all was not well.

Without those players, their wage bill was already astronomical - over 100% of their income and LaLiga's Financial Fair Play regulations meant they could not register their new arrivals.

Lionel Messi's contract expired on June 30, meaning he was a free agent - but the club said everything was under control. 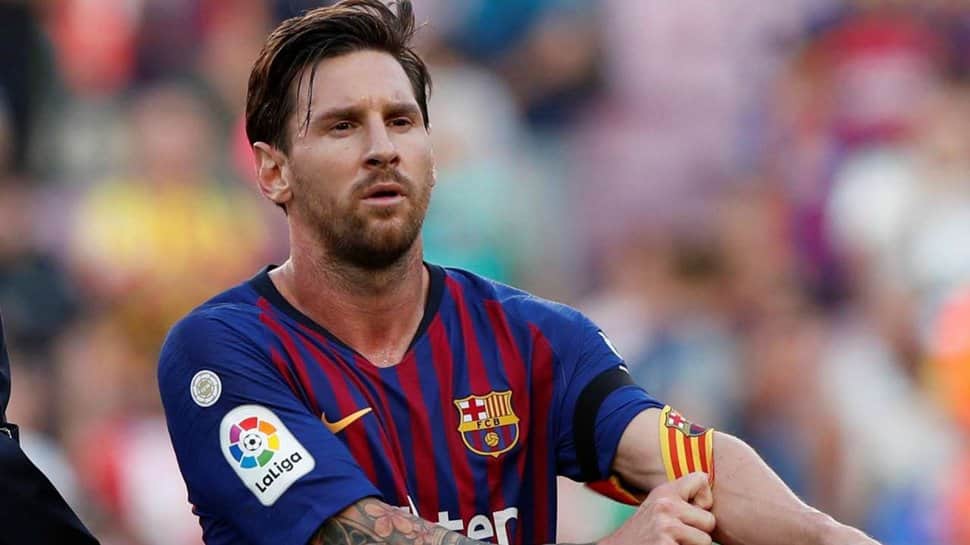 That all changed on August 5 when Barca dropped a bombshell: Messi would be leaving, citing "financial and structural obstacles". Laporta explained the club was in ruin and had a net worth of minus 451 million euros ($532.86 million). They had tried to defer contract payments for Messi, but the league would not allow it.

With Messi gone, their wage bill was still at 95%. Further sales were made, but they were barely a drop in the ocean.

So came the next phase of a quite surreal window: the club publicly admitted they were going round, cap in hand, asking senior players to agree to salary reductions and payment deferrals.

Gerard Pique was first, permitting Emerson, Depay and Garcia to be registered. Jordi Alba and captain Sergio Busquets followed suit on deadline day, meaning Aguero could finally be signed up to LaLiga.

Remarkably, August 31 started out with local media reports saying Barca were in for Raheem Sterling and Joao Felix. When those rumours were dismissed, Dani Olmo's name appeared. It soon became clear those names had been leaked to keep fans happy, with the focus purely on sales and wage bill reduction.

New signing Emerson was sold to Tottenham Hotspur, then Ilaix Moriba to RB Leipzig. Then, at 1:30am CET, Barca said Antoine Griezmann, a player they signed for 120 million euros in 2019 from Atletico Madrid, had been loaned back to his former club.

They managed to bring in a new signing, but in keeping with Barca's austere new reality it was Luuk de Jong, 31, on loan from Sevilla. It was a tough summer for the Catalans. But after flying too close to the sun again they got burned, and were made to pay the ultimate price for years of financial mismanagement.