Real, who had won four of the last five editions of the competition, are almost certain to end the campaign empty-handed, having been knocked out of the Copa del Rey in the semi-finals by Barcelona last week and having fallen 12 points behind the Catalans in La Liga. 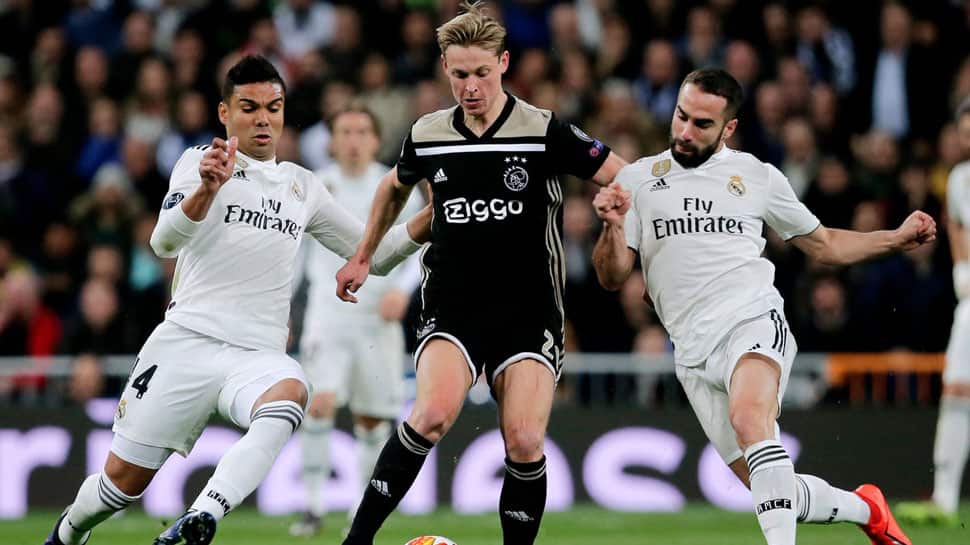 Real Madrid defender Dani Carvajal said that he had never felt so awful after the triple Champions League holders were booted out of the competition with a humiliating 4-1 home defeat to Ajax Amsterdam on Tuesday.

Real, who had won four of the last five editions of the competition, are almost certain to end the campaign empty-handed, having been knocked out of the Copa del Rey in the semi-finals by Barcelona last week and having fallen 12 points behind the Catalans in La Liga.

"I think I have never felt this awful, I do not know how to explain it," Carvajal said after Ajax completed a 5-3 aggregate victory.

"This week everything has gone against us. Tonight we cannot look for excuses. Our opponents were better and they deserved to go through. We have to show our faces and not hide, our season has been a piece of shit."

Real, whose captain Sergio Ramos was suspended after intentionally getting a yellow card in the first leg, conceded two early goals as Hakim Ziyech and David Neres scored for the rampant visitors, who had also dominated the first match despite losing.

The outstanding Dusan Tadic made it 3-0 with a thumping strike in the second half and although Marco Asensio pulled a goal back for Real, Lasse Schone made it 4-1 with a free kick which flummoxed goalkeeper Thibaut Courtois.

Real coach Santiago Solari did not hide his disappointment at the defeat, which was Madrid`s joint-heaviest home loss in European competition, but said the players should be remembered for their enormous Champions League achievements.

"These players were champions of Europe three years in a row, now they have been knocked out and it`s a very sad moment which puts into perspective how difficult it is to win the European Cup," the Argentine said.

"We are sad and feeling hurt, our huge efforts were in vain. We feel so bad, an infinite number of things happened in this game."

Former Madrid player Solari, who became the coach in October when Julen Lopetegui was sacked, is on thin ice after overseeing four consecutive home defeats but he ruled out resigning.

"I have not come here to give up, I am not considering anything like this," he said.

"I cannot evaluate my work. We are obliged to act like professionals, and tomorrow we have training."