Gokulam would also aim to come out winning against Aizawl FC in their return leg, after having lost 2-3 to the formers champions in their first encounter this season. 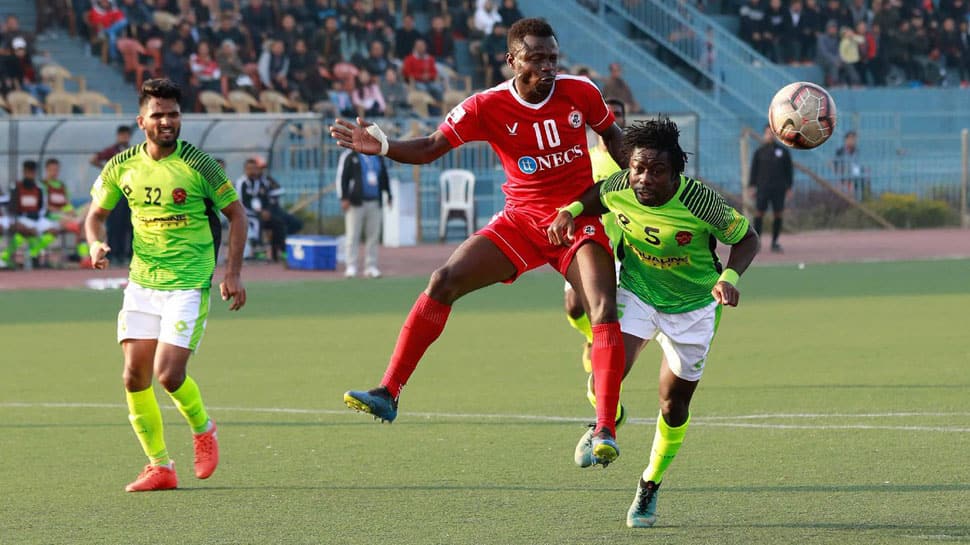 Gokulam Kerala FC and former champions Aizawl FC will battle it out for survival when they take on each other in the 99th game of the ongoing Hero I-League at the EMC Corporation Stadium on Thursday.

Having played 17 games each this season, Gokulam Kerala FC, who started on a bright note, have somehow lost their sheen and now sit in the 10th place with 14 points while former champions Aizawl FC have just a point advantage coming into the game.

Gokulam would also aim to come out winning against Aizawl FC in their return leg, after having lost 2-3 to the formers champions in their first encounter this season.

Aizawl FC would be brimming with confidence after having played a highly entertaining 1-1 draw against title contenders East Bengal in their last encounter in Kolkata.

Gokulam, on the other hand, have been playing attacking football ever since the appointment of their new coach Gift Raikhan. Their new striker Marcus Joseph has really showcased his worth scoring four goals in six games while assisting three as well.

Gokulam coach Gift Raikhan said: "Tomorrow is a very crucial match for us and for them. We have already planned how we will be winning the three points."

Gokulam's Indian talents Arun Jayaraj, Suhair VP and Pritam Singh have dominated the midfield but have lacked the creativity in finishing in the final third.

Aizawl FC, on the other hand, would look to quickly get their act together after having an impressive run before, if they want to harbour any hopes to be saved from relegation.

Coach Stanley Rozario will need to address to the team's goal-scoring skills to encourage his players for one major push towards securing a win.

He would be banking heavily on his frontmen -- Ivorian Zikahi Dodoz, Liberian Ansumana Kromah and local talent Mapuia to fire for the team.

However, the defence would be a concern for the former champions as it lacks experience and has been shaky time and again.

"I am focusing after I have taken the charge. The boys are talented and improving. They are gelling with my tactics and philosophies," Aizawl coach Rozario said.

"This match is vital for both the teams because we are ninth and they are 10th. Both the teams are fighting for relegation. We will continue in the same spirit and hope. We are going to look forward for good result and hoping to score the three points."