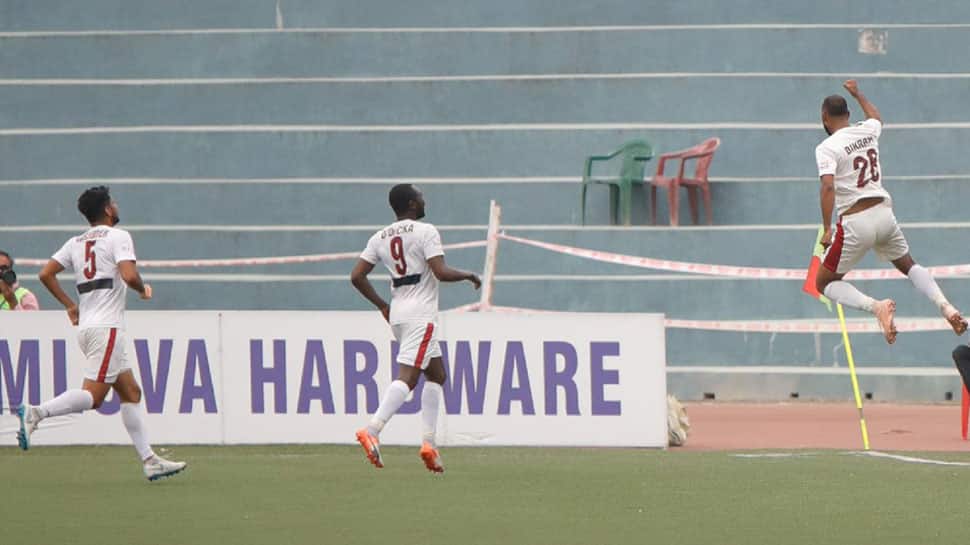 The Kolkata giants left it late for defender Bikramjit to seal three points with a 78th minute strike. Mohun Bagan are currently sixth with 26 points from 17 games. NEROCA are currently fifth with same number of points but a better goal difference.

Aizawl remained eighth in the list with 14 points from 16 games.

The team's efforts finally bore fruit when an Abinash Ruidas free-kick from long range was chested down by Henry in the 22nd minute before calmly slotted it into the goal.

However, Aizawl came back with a goal of their own just eight minutes later, when Kromah's powerful shot from outside the 18-yard box found the net.

Jamil, in search of greater creativity from the middle of the park, brought Egyptian Omar Elhussieny on in place of veteran Mehtab Hossain in the second half.

They finally got the winner late in the second half, when a Sony Norde free-kick was met by Bikramjit, who scored the winner.

Aizawl gave it their all in the final 10 minutes, and Jamil had to ensure that his back-four had some extra protection, as he introduced Darren Caldeira in place of Henry.

However, the Green and Maroons managed to hold on to their lead till the end.