India went down to hosts United Arab Emirates 0-2 in their second group stage match after they had defeated Thailand in their opening game. 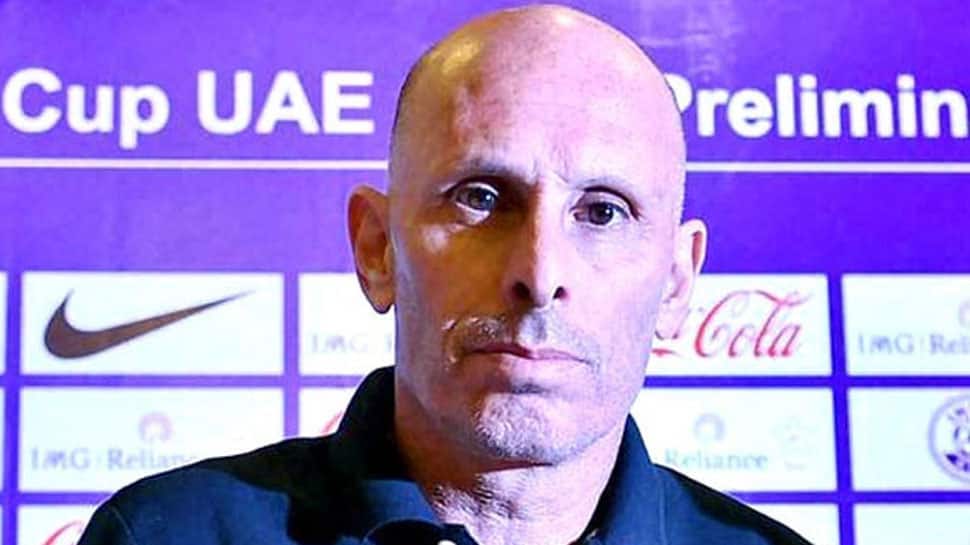 Stressing that the Indian men's football team have the potential to win and enter the knockouts, coach Stephen Constantine on Friday said that the side need to get their act together ahead of their last Group A clash of the 2019 AFC Asian Cup against Baharain.

India went down to hosts United Arab Emirates 0-2 in their second group stage match after they had defeated Thailand in their opening game.

"We have to pick ourselves up and get ready for the next game. We need to aim for a win and get something from that game. Hopefully, we can get the result to qualify," Constantine said.

India face Bahrain on Monday in their final group stage match and a victory will ensure the Blue Tigers a spot in the Round-of-16.

Against UAE, the Indians missed several opportunities, hitting the bar twice and eventually going down 0-2.

Referring to the last match, Constantine explained, "I said to the boys you did not lose this game. You have shown what you are capable of. Even they (UAE players) were surprised and did not believe that we were this good."

"We are only going to get better with these kind of games. The team has an average age of 25. The players will get only better from here. We had four clear chances to score but UAE scored with the half chance they had," he said.

"It was a tight game. If we could have taken our chances it could have been different. UAE are a good side, and they converted their chances," Chhetri added.