Inter`s announcement came two days after their neighbours AC Milan, who finished one place below them and missed out on the Champions League, parted company with coach Gennaro Gattuso. 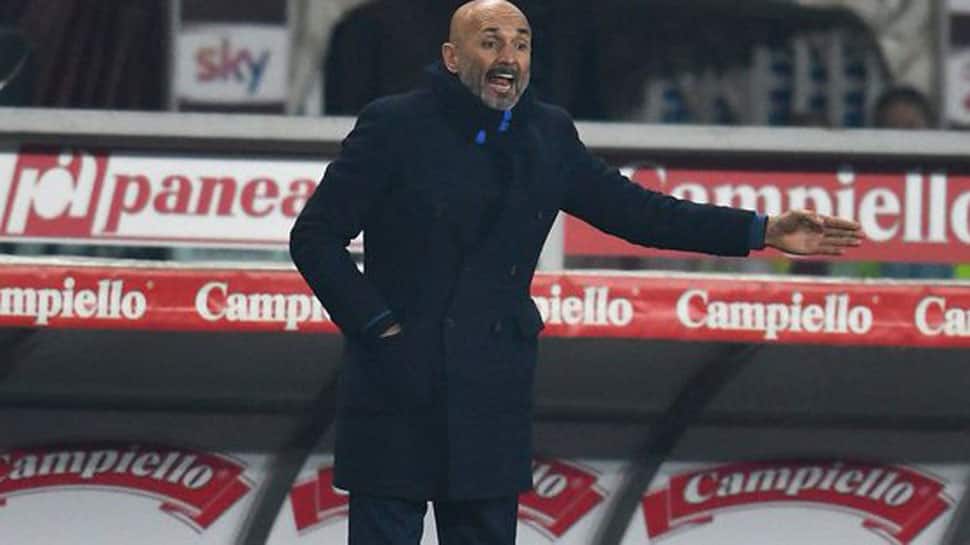 Inter Milan have parted company with coach Luciano Spalletti after two seasons, the club said on Thursday, even though he guided the side into next season`s Champions League.

Spalletti`s departure, with two years still to run on his contract, came amid widespread media reports that the Chinese-owned club will hire former Juventus, Chelsea and Italy coach Antonio Conte in his place.

Inter`s announcement came two days after their neighbours AC Milan, who finished one place below them and missed out on the Champions League, parted company with coach Gennaro Gattuso.

"FC Internazionale Milano can confirm that Luciano Spalletti is no longer head coach of the first team," the club said on their Twitter feed. "The club wishes to thank Spalletti for his work and the results achieved together."

The 60-year-old did not win any trophies with Inter although he led his side into the Champions League with fourth-placed finishes in both his seasons in charge after they had failed to qualify in the previous six years.

Inter began the season with high hopes that they could end Juventus` Serie A dominance after boosting their squad with box-to-box midfielder Radja Nainggolan, signed from AS Roma for 38 million euros ($42.32 million), and striker Lautaro Martinez, signed from Racing Club for 14 million.

But they took only four points from their opening four league games of the season and, despite some impressive performances later including two derby wins over AC Milan, were dogged by inconsistency throughout.

The were knocked out of the Champions League in the group stage after being held 1-1 at home by PSV Eindhoven in their final game and fell at the quarter-final stage in the Coppa Italia.

Inter ran into further difficulties when Mauro Icardi, their leading scorer for the past five seasons, was stripped of the captaincy in February amid protracted negotiations over the renewal of his contract.

Icardi then dropped out of the team with a knee injury, although the club said that medical exams found nothing wrong, and eventually returned nearly two months later following talks with the club.

However, Spalletti seemed far from happy about the Argentine`s return, saying that it was "humiliating" that the club had to negotiate with a player "to get him to play and wear the Inter shirt".

Nainggolan, meanwhile, blew hot and cold although it was his goal which gave Inter a 2-1 win over Empoli in their last game to qualify for the Champions League.

Inter have won 18 Serie A titles and the Coppa Italia seven times but have struggled since winning a Champions League, Serie A and Coppa Italia treble under coach Jose Mourinho in 2010.

China’s electronics retailer Suning Holdings Group bought a majority stake in the club in 2016 which previously changed hands in 2013 when Massimo Moratti, whose family controls Italian oil refiner Saras, sold the club in 2013 to a consortium led by Indonesian business tycoon Erick Thohir.