The captaincy has been passed to goalkeeper Samir Handanovic. 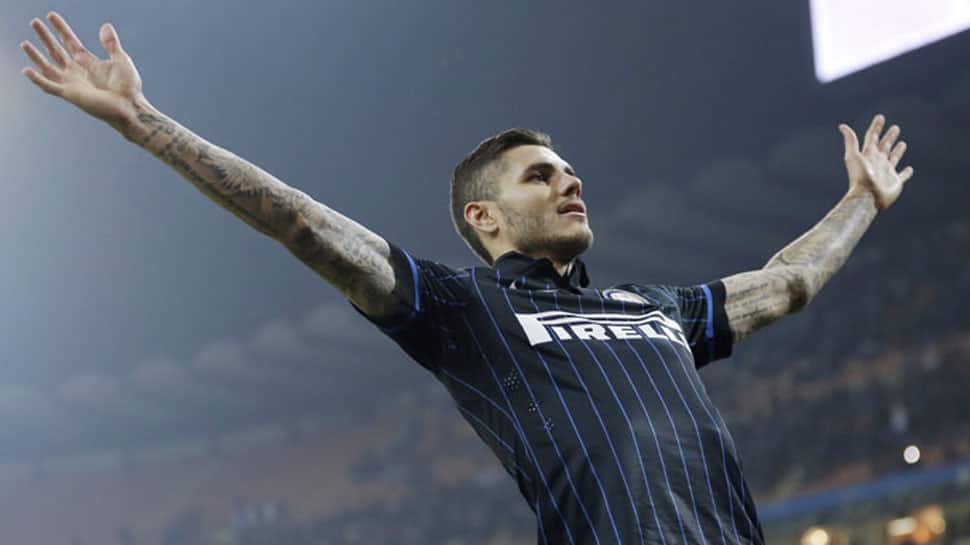 Inter Milan`s leading scorer Mauro Icardi does not to want to play in their Europa League match against Rapid Vienna on Thursday after being stripped of the club captaincy, coach Luciano Spalletti said on Wednesday.

Spalletti said the "difficult and painful" decision was made to remove the captaincy because the protracted negotiations over a possible extension of Icardi`s contract were distracting the player and the team.

The captaincy has been passed to goalkeeper Samir Handanovic.

Argentine forward Icardi has been Inter`s leading marksman in Serie A for the last four seasons and is also top scorer this term with nine goals, although he has not hit the target in their last seven league outings.

"The decision to remove the captain`s armband from Icardi was difficult and painful, because we all know what he is worth to the team," Spalletti told reporters.

"But it was divided between all parts of the club and was made exclusively for the good of Inter. Obviously, he took it badly but there are things which disturb him and the team."

Spalletti said that Icardi was initially included in the squad for Thursday`s match but he "did not want to join up with the team."

After Saturday`s 1-0 win at Parma, Spalletti appeared to criticise the club for not finalising a deal with Icardi to extend his contract, which still has 2-1/2 years to run.

"I was wrongly interpreted and I do not deal with contracts but it was clear that there are things concerning Icardi which must be sorted out, and his decision to not accept the call-up today shows this," he said.

Icardi has had a turbulent relationship with the club and its fans and often provides fodder for the gossip columns, partly thanks to his marriage to Argentine media personality Wanda Nara, who was previously married to Icardi`s former team mate Maxi Lopez.

Nara is also Icardi`s agent, and last month the player said she would continue to represent him for the rest of his career following a report in Gazzetta dello Sport that Inter wanted to deal with someone else.

In 2016, Icardi was jeered and insulted by Inter`s "ultra" fans during a match against Cagliari after they were angered by a chapter in his autobiography where he described a confrontation with supporters the year before.