The league leaders need a win on Sunday to confirm their place among the top four and will look to do just that at the Jawaharlal Nehru stadium. 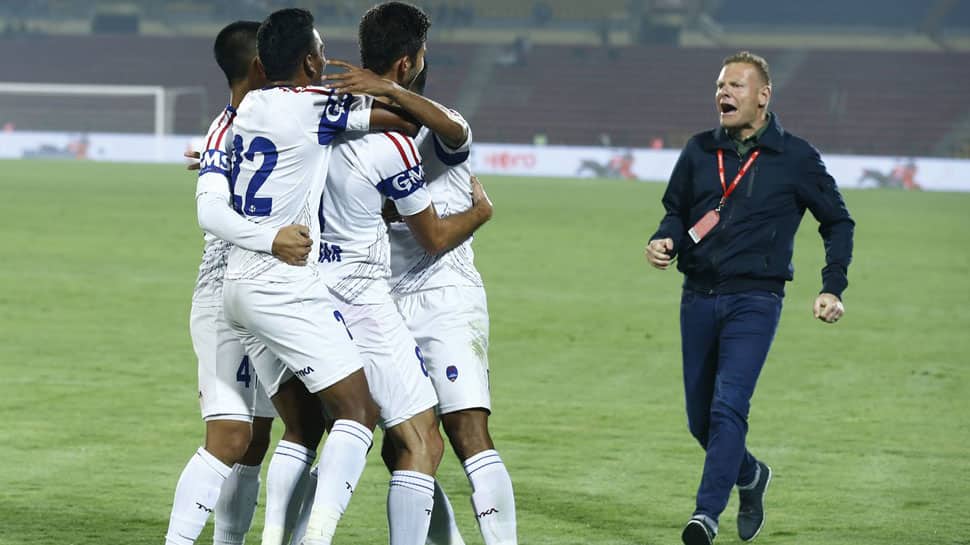 Bengaluru FC will be keen to put their recent disappointing run of form behind them and become the first team to qualify for the Indian Super League play-offs when they take on laggards Delhi Dynamos on Sunday.

The league leaders need a win on Sunday to confirm their place among the top four and will look to do just that at the Jawaharlal Nehru stadium.

The Blues have taken their foot off the accelerator following the winter break and have stumbled a bit. They have just one win in the last four matches and are coming off a 1-2 reverse against Chennaiyin FC.

They have not started matches well and found themselves trailing at half-time in their last two games before rallying in the second half.

Coach Carles Cuadrat has been testing his bench strength by resting regulars and affording game time to his fringe players. Dimas Delgado, Udanta Singh, Albert Serran were all rested in Chennai last time out.

With play-offs approaching, Spanish coach may continue his tinkering against Delhi Dynamos as well.

"Of course, there are always problems on the pitch. You have to rotate the team. Our position on the table, gives us the privilege to make some changes and afford some mistakes. We are lucky in that regard," said Cuadrat.

Delhi Dynamos will be out to gain a measure of revenge and finish the season on a high after being knocked out of the play-off race. The hosts are placed ninth but that would not stop them from claiming the prize scalp of Bengaluru.

The last time these two teams met in Bengaluru, Josep Gombau's side were unfortunate to end up with nothing in the bag after Udanta Singh popped up with a late winner.

Delhi Dynamos would be eager to make the most of their recent upturn in form and beat Bengaluru. They are unbeaten in their last four ISL outings (2 wins and 2 draws). Their defence has notably improved with the team conceding just the two goals apart from managing to keep a clean-sheet against an attack-heavy FC Goa.

"They (Bengaluru) are top of the table and have very good quality players. It will be a tough game for us like every single team in the ISL which plays against Bengaluru," Gombau said.

"I think we are doing quite well in the last four games where we have two draws and two wins. I think that the team is performing very well and we want to put on a good show (on Sunday) too since it is our last home game," he said.

Lallianzuala Chhangte, who is back after a short stint with Norwegian outfit Viking FK, is expected to feature as Delhi look to end their home season in the ISL with a positive result.