It can happen with any player, says Willian on Ross Barkley missing penalty

Chelsea suffered a 0-1 defeat at the hands of Valencia on Wednesday in the Champions League. 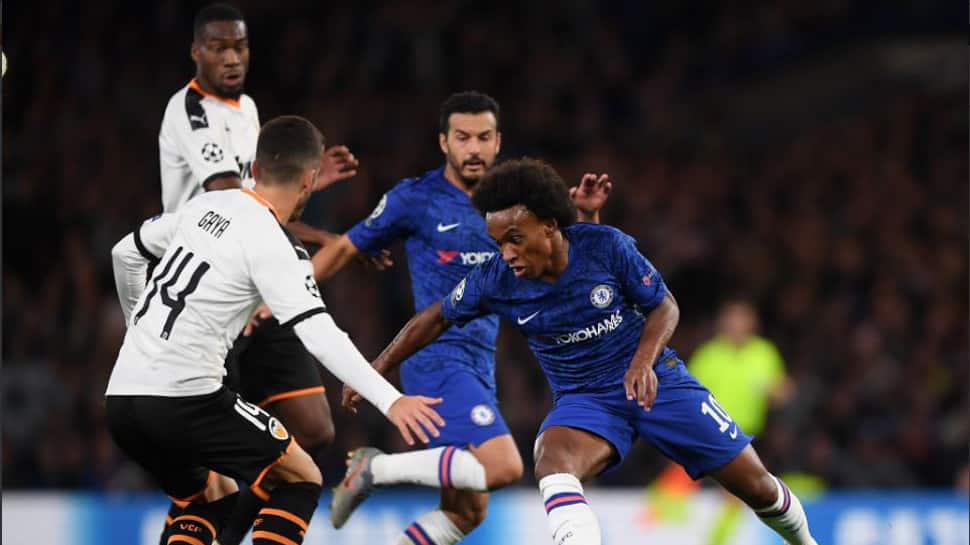 After Chelsea`s Ross Barkley missed a penalty against Valencia, Willian backed his teammate saying that it could happen with any player.

Chelsea suffered a 0-1 defeat at the hands of Valencia on Wednesday in the Champions League.

"He was confident about taking it and I asked to take it too. But he was confident. He ended up missing it. That could happen to me or any other player, like Jorginho who also takes the penalties," Goal.com quoted Willian as saying.

Barkley missed the penalty in the 87th minute. Rodrigo scored the only goal in the match in the 74th minute, handing Valencia a victory.

Willian said that they expected a positive result.

"We expected a positive result. We expected to start at home with a victory, but unfortunately, we lost it. We have five games left to qualify. I think we have a chance, of course," he said.

"We have to improve and we have to keep our heads up and keep working. We have everything in front of us," Willian added.

Karim Benzema is one of the most underrated players in the world: Thomas Tuchel