Dortmund, who had conceded just two goals in the group stage, tried to recover but found no way past the disciplined Tottenham backline. 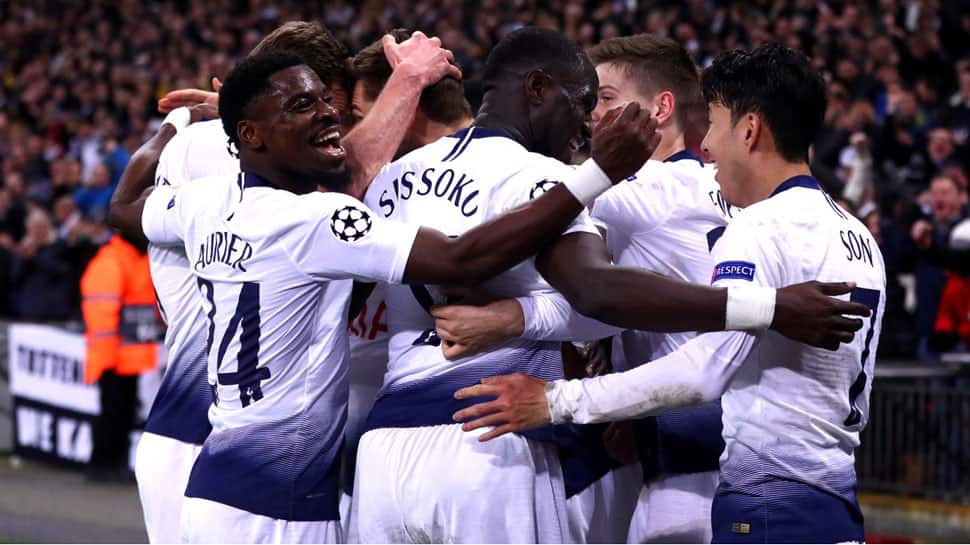 Defender Jan Vertonghen scored once and set up another goal for Son Heung-min as Tottenham Hotspur thumped Borussia Dortmund 3-0 at Wembley Stadium on Wednesday to give them the clear edge following the first leg of their last 16 Champions League tie.

Tottenham looked unfazed by the absence of injured captain Harry Kane and Dele Alli, scoring all three goals in a strong second half to take control of the tie and leave the Germans on the brink of a European exit.

Belgian Vertonghen notched his first goal in the Champions League with a well-timed volley in the 83rd minute after he had set up forward Son for a 47th minute lead. Substitute Fernando Llorente grabbed their third in the 86th, two minutes after coming on.

That was Son`s ninth goal against Dortmund in 11 matches, with the South Korean, who played in the Bundesliga from 2010-15, having also scored twice in the competition`s group stage last season.

"It was a fantastic second half," Tottenham coach Mauricio Pochettino told reporters. "The first half was difficult. It was a difficult game from the beginning.

"In the first half we played a little - not nervously - but not with the confidence. The second half was very, very good.

"There is still work to do."

Bundesliga leaders Dortmund, eliminated from the German Cup last week, were nowhere to be seen in the second half, with speedy teenager Jadon Sancho given no space to operate after the break. The return leg is on March 5.

"The first goal rattled us," Dortmund`s Mario Goetze told reporters. "And then the double strike towards the end killed us off. We were good in the first half but this is very bitter. We now need to get back on track."

Before Wednesday, Tottenham had never won a home match in the knockout stage of the competition and Lucas Moura came close with a fine shot in the seventh minute.

Dortmund, themselves missing injured captain Marco Reus and top striker Paco Alcacer, gradually took control and had the better chances in the first half with Christian Pulisic firing onto keeper Hugo Lloris and the Frenchman saving a point-blank header from Dan-Axel Zagadou.

But the hosts changed the course of the game two minutes after the restart, pouncing on a defensive error and with Vertonghen whipping in a cross for Son, who has kept on scoring in Kane`s absence, to tap in.

Dortmund, who had conceded just two goals in the group stage, tried to recover but found no way past the disciplined Tottenham backline.

They also looked to be running out of steam when Tottenham scored twice late in the game.

Vertonghen timed his run to perfection in the 83rd to kill off the game and Llorente gave them a big advantage for the second leg.