French forward Neal Maupay had put Albion ahead in the 51st minute with his second goal of the season, volleying home a cross from Solly March. 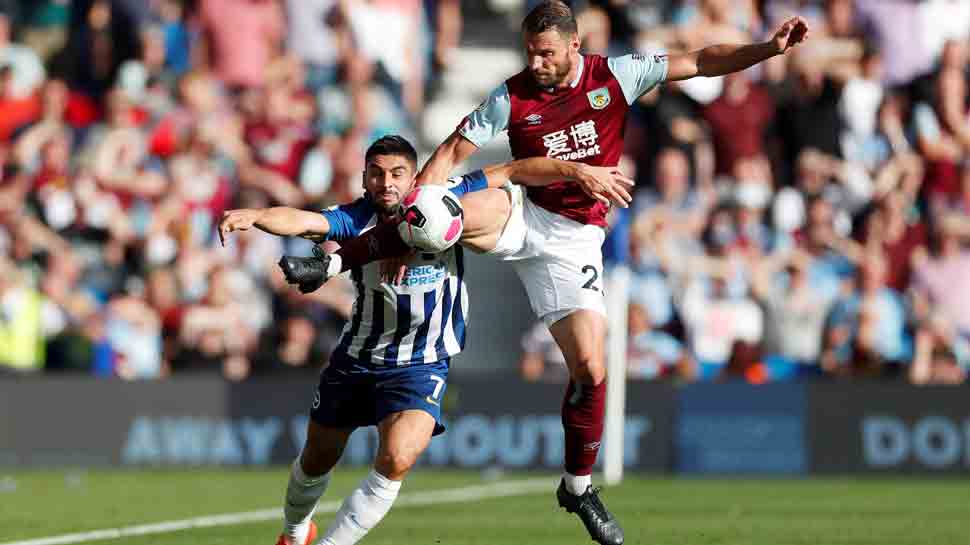 Burnley substitute Jeff Hendrick grabbed a 90th minute equaliser as the visitors held Brighton & Hove Albion to a 1-1 draw at the Amex Stadium in the Premier League on Saturday.

French forward Neal Maupay had put Albion ahead in the 51st minute with his second goal of the season, volleying home a cross from Solly March.

The opener came after March and Brighton striker Glenn Murray had forced good saves out of Burnley keeper Nick Pope late in the first half.

Davy Propper and Murray both failed to take chances to double the lead for the Seagulls and Brighton were left to regret those missed opportunities.

Burnley manager Sean Dyche threw on strikers Matej Vydra and Jay Rodriguez in search of a point and the move paid off when Czech Vydra slipped the ball to Hendrick on the edge of the area and the Ireland international drilled the ball home.

Both teams have five points each, with one win and two draws from their opening five matches, but there was no question about who was the happier with the draw.

"In the second half we were miles off, but the belief and resilience was there," said Dyche.

"We’ve got a strong jaw and I was so pleased for Jeff because he’s trained well and he’s been knocking on the door."

Brighton manager Graham Potter was disappointed not to have taken all three points from a match in which Hendrick`s goal was Burnley`s only effort on target.

"We would have liked the three points and apart from the first 20 minutes we were the team that was most likely to win," he said.

"We put such a lot into the game so (it was) disappointing to only get one point but the overall performance was promising," he added.

"It`s a sore one to concede so late. Sometimes you have to hold your hands up to the opposition. We had our own opportunities as well."