Both teams are battling to qualify for the Champions League next season but, while Milan have hit form at the right time, Inter are wobbling. 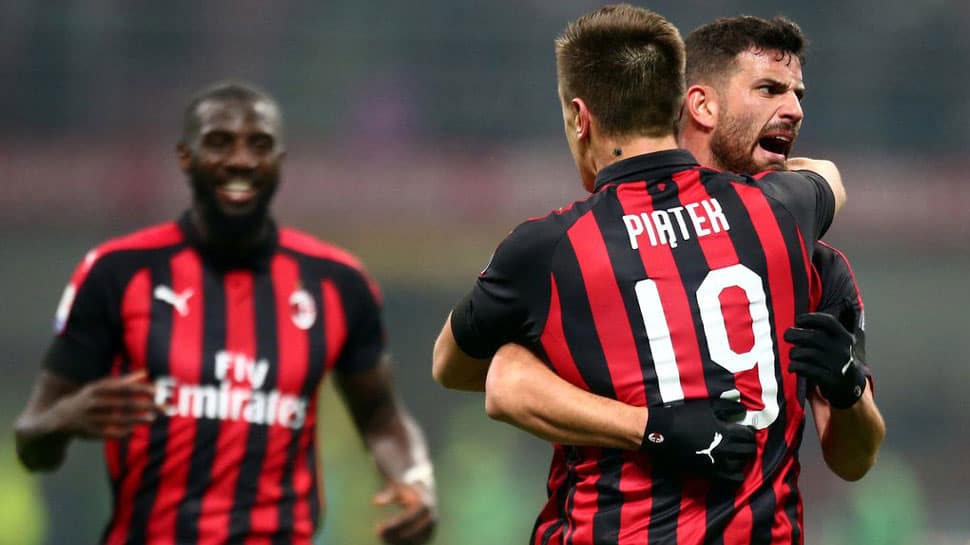 If AC Milan are to end Inter Milan`s recent dominance of the Madonnina derby, they are unlikely to have a better opportunity to do it than Sunday.

Both teams are battling to qualify for the Champions League next season but, while Milan have hit form at the right time, Inter are wobbling.

Milan have won only three out of 16 derbies since the start of 2012 and have not beaten Inter in Serie A for three years, although they knocked them out of the Coppa Italia last season.

Boosted by the signings of forward Krzysztof Piatek and Lucas Paqueta in January, Milan have won their last five Serie matches, conceding only two goals in the process.

They have had a whole week to prepare for the game -- thanks to early elimination from European competition -- while Inter were at home to Eintracht Frankfurt in the second leg of their Europa League round of 16 tie on Thursday.

Another break came Milan`s way on Tuesday when coach Gennaro Gattuso, sent off in the previous match at Chievo, escaped with a fine and a warning rather than a touchline ban.

Milan have leapt into third place in the table, dislodging Inter, and putting them on course to end their five-season Champions League absence.

Milan have 51 points, one more than fourth-placed Inter who are in the lowest of the Champions League slots. Any slipups could mean they are swallowed by the pack of teams below them -- Roma on 47, Torino and Atalanta (44) and Lazio (42).

Both teams are way behind leaders Juventus who have 75 points from 27 games and need only 15 more to win an eighth successive title. Juventus visit Genoa on Sunday.

For a long time, Inter looked as if they would cruise into the Champions League while Milan would struggle, yet that has all changed.

While Milan have found a reliable scorer, with Piatek replacing the lumbering Gonzalo Higuain, Inter have lost theirs, at least for now.

Mauro Icardi, their leading scorer in the league for the last four seasons, has not played for the team since being stripped of the captaincy one month ago amid protracted negotiations over the renewal of his contract.

If the impasse is resolved before Sunday, there is a chance that Icardi could return although there is little sign of that happening.

Seen as possible challengers to Juventus at the start of the season, Inter`s inconsistency -- including defeats to Sassuolo, Parma and Bologna -- has exasperated coach Luciano Spalletti who said it is time for his players to pull their weight.

"I expect my team to step up and adapt to every situation, whether it’s Eintracht Frankfurt or Milan," he said after Sunday`s win over SPAL. "We must learn from mistakes and have no doubts on what our future or attitude ought to be."